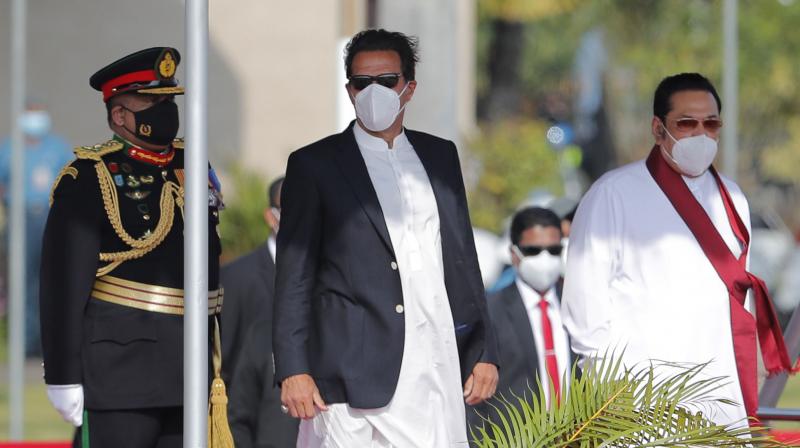 The Pakistan PM reached Colombo on Tuesday evening for an official visit to the island nation. The external affairs ministry in New Delhi did not issue any comment on the permission that was reportedly granted.

Sources confirmed that Pakistan had officially sent its flight plan to India in advance regarding the aircraft that was to carry the Pakistan PM on his way to Sri Lanka, after which New Delhi granted permission for the same. The aircraft reached Colombo from Islamabad on Tuesday evening and flew over the waters of India’s Exclusive Economic Zone or in its vicinity on the flight path parallel to the peninsular Indian coastline, sources said.

Mr Khan, who will hold wide-ranging talks with top Sri Lankan leaders including President Gotabaya Rajapaksa and PM Mahinda Rajapaksa on issues like trade, defence and technology, is the first government head to visit Sri Lanka since the Covid-19 pandemic. It is his first visit to Sri Lanka after assuming office in 2018. His last visit to Sri Lanka was in 1986 when he was the captain of Pakistan’s cricket team during the acrimonious Test series where he accused the local umpires of bias.

Ahead of his visit, the Sri Lankan government cancelled Mr Khan’s planned speech to Parliament, citing the Covid-19 pandemic. It is said the Parliament speech, due on February 24, was included in Mr Khan’s itinerary at the Pakistan government’s request. Some reports in the Sri Lankan media said some elements within the government did not want the speech to take place as they feared this could further damage ties with India, which have already been strained after the cancellation of a deal over the East Container Terminal in Colombo port.

Meanwhile, it may be recalled that in October 2019, India approached the International Civil Aviation Organisation against Pakistan’s then decision to refuse permission for overflights through Pakistani airspace for VVIP Air India One aircraft that carried Prime Minister Narendra Modi to Saudi Arabia. Pakistan had also similarly refused permission to allow the VVIP Air India One aircraft carrying Mr Modi to the United States to overfly its airspace. Two weeks prior to that, Pakistan had also refused permission for the Air India One VVIP flight carrying President Ram Nath Kovind to use its airspace to fly to Iceland. The VVIP aircraft then had to take detours over the Arabian Sea avoiding Pakistani airspace. India’s Air India One aircraft carry the country’s three VVIPs –the President, vice-president and Prime Minister -- on overseas official visits.