Her statement comes a day after photographs surfaced in which she is seen signing some papers. 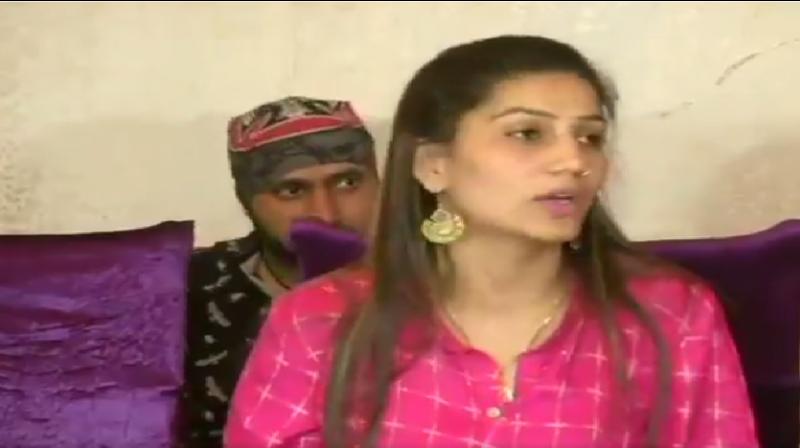 Reports suggested that she would contest from Mathura Lok Sabha seat. (Photo: screengrab)

Her statement comes a day after photographs surfaced in which she is seen signing some papers.

The singer, however, said she had no idea of the photographs. “I cannot tell what kind of paper was that and I am not sure of when it is. I meet with people of all parties and I am an artist. I am not joining politics. When I will join politics, I will come out in the open”, she said. 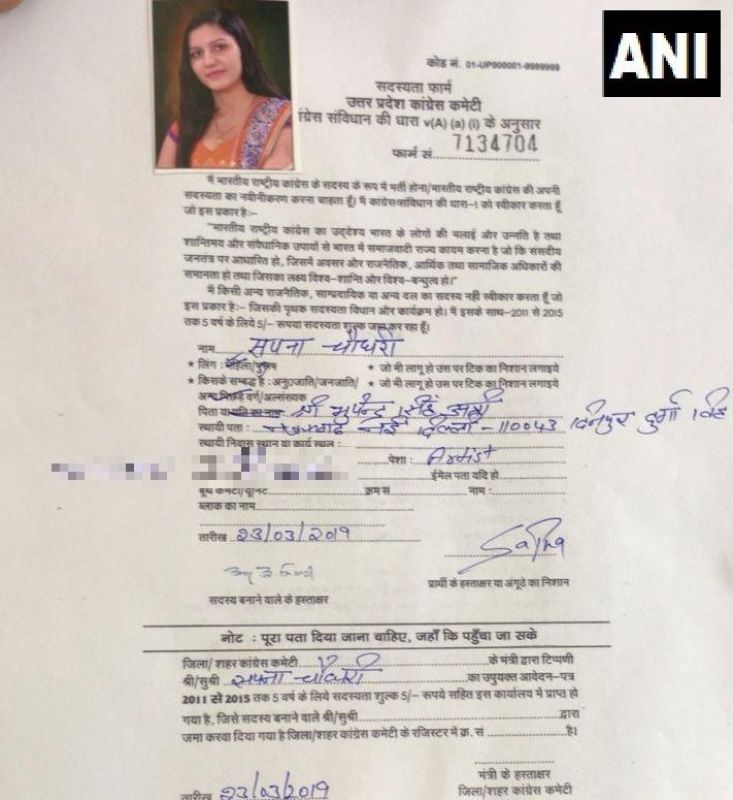 However, contrary to Chaudhary claims, images have also emerged of the membership form that bears her picture and is allegedly signed by her as part of joining Congress.

The membership form has been shared by the office of Uttar Pradesh Congress chief Raj Babbar.

UP Congress chief Raj Babbar on Saturday had tweeted a picture of Sapna along with Priyanka Gandhi Vadra and welcomed her to Congress.
“Sapna Chaudhary is welcomed to Congress family,” Babbar posted.

While replying to a question, Chaudhary, however, affirmed that she has met Priyanka recently in last three to four days and earlier too. She claimed she did not know the exact date when the photograph with Priyanka was taken.