India   All India  24 Mar 2020  Complete lockdown in Bengal for 21 days as coronavirus cases rise to 9
India, All India 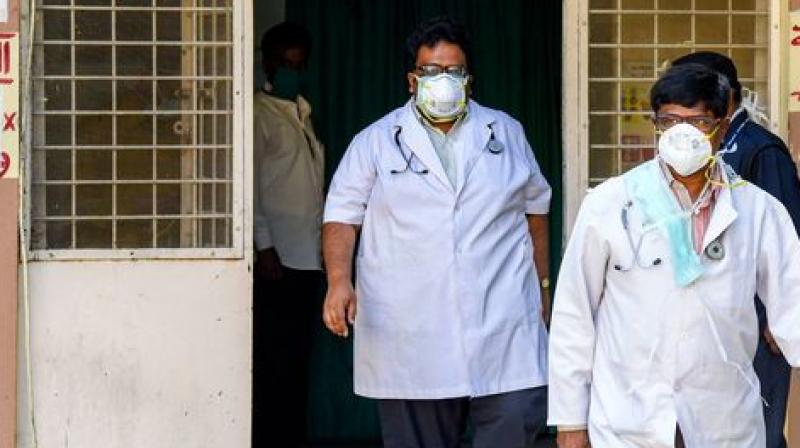 Kolkata: As the total number of Covid-19 patients in West Bengal jumped to nine, including the death of a 57-year-old railway official, chief minister Mamata Banerjee announced a complete lockdown across the state effective from 5 pm on Tuesday.

A colleague of the first Covid-19 victim, a railway employee from Dum Dum, was admitted to NRSMCH on Monday night with acute respiratory distress. He has been on life support and his swab samples have been sent for testing.

As part of the lockdown, the Calcutta high court and the district judiciary will not function from March 25 to April 9, Chief Justice T.B.N. Radhakrishnan ordered on Tuesday.

A day after writing to Prime Minister Narendra Modi for cancellation of domestic flights, the Bengal CM shot off another letter to him seeking financial relief from the Centre under the Fiscal Responsibility and Budget Management Act to tackle the Covid-19 pandemic.

Urging people to stay indoors, the Trinamul Congress supremo later toured Kolkata where at least 255 people were arrested by the city police under Section 188 of the Indian Penal Code for violating restriction order on Monday.

On financial relief, she added, “I have written a letter to the PM for increasing the state’s fiscal deficit ceiling of three per cent to five cent under the FRBM Act, along with a package because we have got no help from the Centre to tackle the Covid-19 pandemic so far."

Launching a new scheme  Prachesta  for workers in the unorganised sector, the CM announced that her government will provide Rs 1,000 per month to each of them in between April 15 and 30.