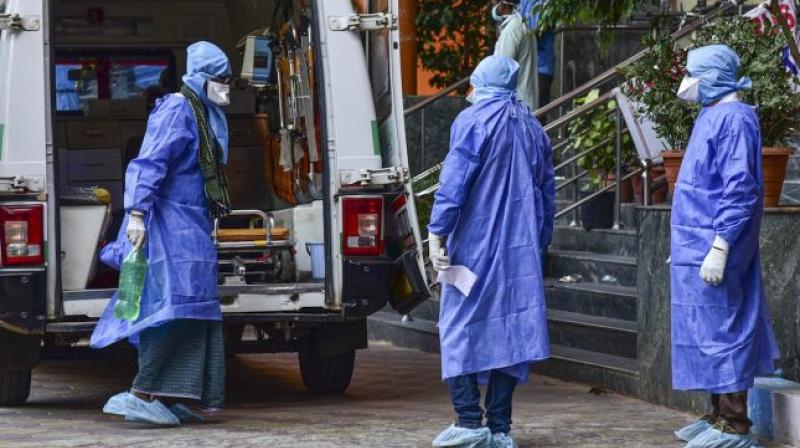 Hyderabad: Telangana on Tuesday announced a further four cases of Covid19 in the state, including the State’s third secondary infection.

The state health department said that a 64-year-old woman, a resident of Manikonda in Hyderabad, tested positive for the disease.

The woman, designated Patient no 37, is a member of the family of Patient no 25 a 34-year-old man who had returned to the city from Sweden on March 14. He was declared Covid19 positive on March 22.

The other three patients all had a history of recent international travel.

Another woman past 60 years, identified by the department as a 61-year-old who recently returned from a trip to Saudi Arabia and testes positive is a resident of Begumpet.

All four patients are stable and are being treated at a government hospital, the department said.

There are 36 others who are symptomatic of the disease and are currently under isolation and observation while tests results on 28 others are awaited, the department said.