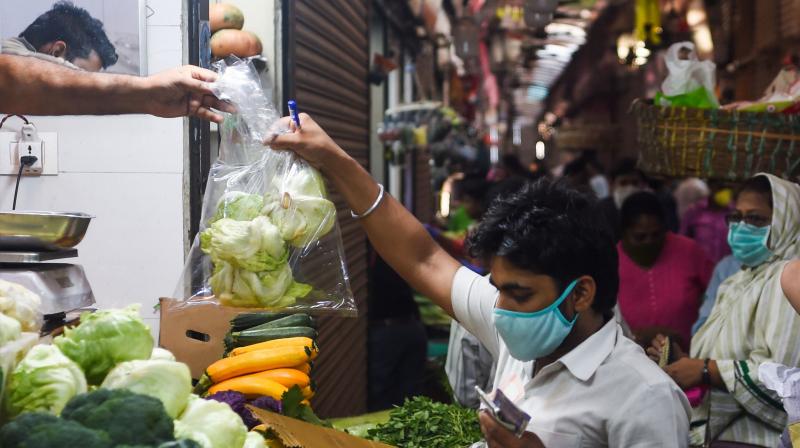 Two friends who came in direct contact with the patient have been moved to quarantine. (AFP)

Tirunelveli: A Dubai returnee from South Tamil Nadu, has been recorded as the first corona positive case from the region. He has reportedly travelled to his native village and visited his friends till he was admitted to the Tirunelveli medical college hospital in the evening of March 21.

Forty-three-year-old Maharajan, residing at Perumalpuram in Palayamkottai here, returned home from abroad on March 17 via Madurai airport, and reached his native village Samoogarengapuram in Tirunelveli district.

From there he had visited a friend, and is also said to have taken another friend of his with him in his car to Valliyoor.

There, he had gone to a private hospital at Kallikulam complaining of fever.

Suspected to have symptoms of Covid-19 infection, the private hospital doctor referred him to Tirunelveli medical college hospital, where the throat swab test and blood test confirmed the infection.

Maharajan is reportedly a cardiac patient as well.

Both the friends who came in direct contact with Maharajan have been isolated and are also kept under observation, a health department official confirmed.

Efforts are on to trace people who had been interacting with him since he reached India, added the official.

The number of beds in the quarantine wards in the government medical college hospitals in Tirunelveli, Thoothukudi and Nagercoil districts are to be increased by 100 each, said sources from the state health department.