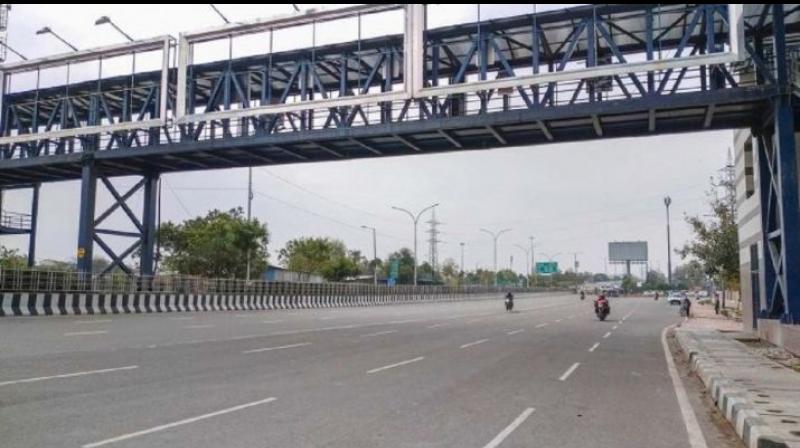 NEW DELHI: Tight security arrangements were put in place on Tuesday in the national capital for strict implementation of  the lockdown, announced as a deterrent against the spread of coronavirus.

Police used public address systems to ask people not to come out of home or assemble at religious places even as most of the roads were deserted.

A separate lane at the Delhi-Noida border was earmarked for the passage of emergency vehicles during the lockdown. The police have also put up a board which reads doctors, media, ambulances, police and other emergency vehicles should use the lane.

The move comes after many commuters complained that they were having difficulty entering Delhi from Noida amid the lockdown.

Further, to ensure social distancing and enforce lockdown, ordered by the government, policemen have been deployed in large numbers and actions have been initiated against the violators of prohibitory orders.

Till 5 pm on Tuesday, police registered 299 cases under section 188 IPC.