The students had come in contact with Tablighi Jamaat members who were infected with the virus, the officials said 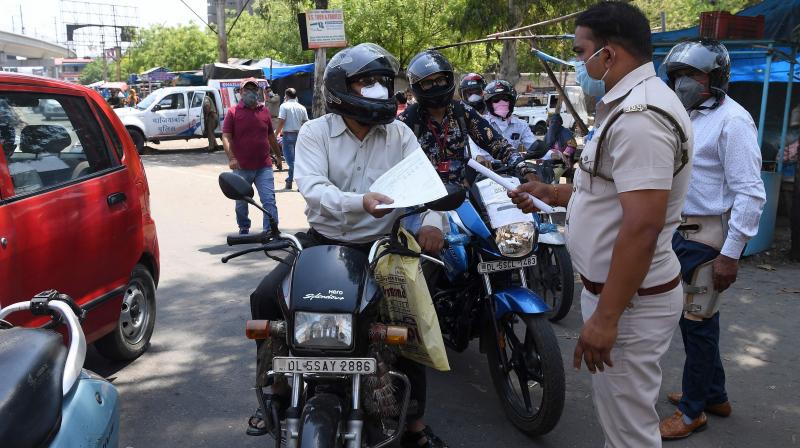 Uttar Pradesh Police personnel stop vehicles at Kaushambi as Delhi-Ghaziabad border is sealed, during a government-imposed nationwide lockdown as a preventive measure against the COVID-19 coronavirus. AFP Photo

Kanpur: As many as 13 madrassa students, who had come in contact with Tablighi Jamaat members suffering from coronavirus, have tested positive for the virus here, a senior health official said on Friday.

Kanpur has reported 107 cases of the virus so far.

Chief Medical Officer Dr Ashok Shukla said, 50 samples were tested on Thursday of which results of 13 have come positive. They are the students of a madrassa in Coolie Bazaar, a hotspot zone, from where about 30 people have already tested positive."

The 13 students had come in contact with Tablighi Jamaat members who were infected with the virus, he said.

They had been quarantined and isolated at the madrassa and now are being admitted to COVID-19 isolation wards at government hospitals, the CMO added.

Contact-tracing of all patients testing positive was underway.

So far, three people have died of the virus in Kanpur, while the total number of recovered cases is seven