Singh launched his “Vikash Yatra” from the Danteswari shrine, the deity of tribal-dominated Bastar, earlier this month. 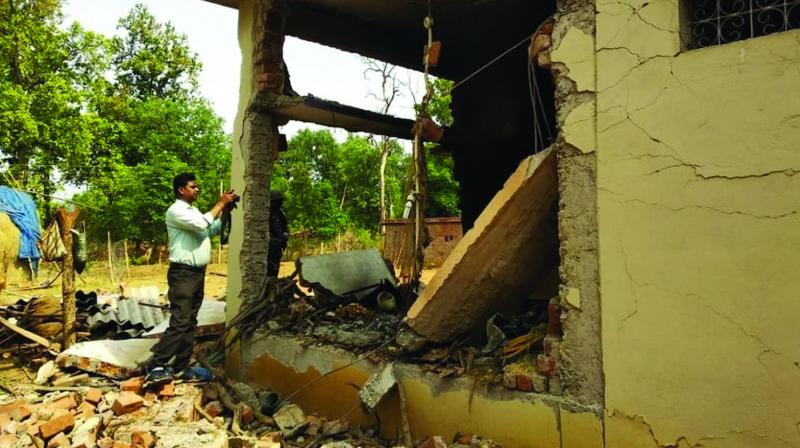 According to Bastar police, around 20 armed guerrillas barged into the farmhouse on the intervening night of Tuesday-Wednesday and thrashed the watchman.

The rebels then detonated the farmhouse with IED blast.Two rooms of the house razed to ground in the explosion, police said. The ultras left a leaflet in the blast site in which they described their action as registration of their opposition to the ongoing “Vikash Yatra” by Chhattisgarh chief minister Raman Singh.

The chief minister however visited Antagarh, nearly 15 km from the blast site, six hours later, despite the incident, as part of the his ongoing statewide “Vikash Yatra”, he had launched last week to showcase developments made during his 15-year-tenure in Chhattisgarh.

Mr Singh launched his “Vikash Yatra” from the  Danteswari shrine, the deity of tribal-dominated Bastar, earlier this month.