India   All India  24 May 2019  BJP leads in LS, Assembly polls in Arunachal Pradesh
India, All India

Union minister of state for home Kiren Rijiju was leading by 30,548 votes in Arunachal West against his nearest rival Nabam Tuki of the Congress. 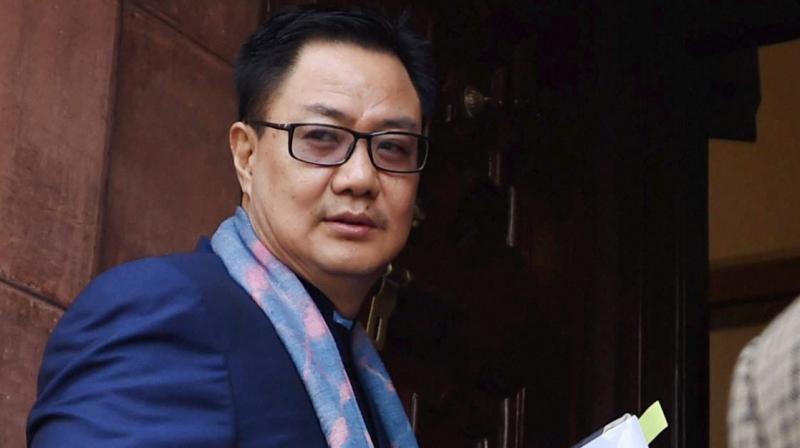 Guwahati: The ruling BJP is all set to form the government in the frontier state of Arunachal Pradesh where BJP was leading on 21 seats, while JD(U) and Congress are leading at four and two seats each in Arunachal Pradesh assembly elections, where counting of votes is underway. The BJP has also taken a winning lead in the two Lok Sabha constituencies of the state. Union minister of state for home Kiren Rijiju was leading by 30,548 votes in Arunachal West against his nearest rival Nabam Tuki of the Congress.

Rijiju had won the seat in 2014, defeating Takam Sanjoy of the Congress by a margin of 41738 votes. In the Arunachal East, BJP candidate Tapir Gao was leading by 13,477 votes against his nearest rival Lowangcha Wanglat of the Congress.

In the Assembly elections, deputy chief minister Chowna Mein was leading by 1129 votes against his nearest rival Khunang Kri of the Congress from Chowkham constituency in Namsai district.

In Itanagar seat, Techi Kaso of the Janata Dal (United) is currently taking the lead against Kipa Babu of the BJP by a margin of 302 votes, while state home minister and NPP candidate Kumar Waii is trailing behind Gorduk Pordang of the BJP by 297 votes.

PHE Minister Wanki Lowang (BJP) is leading by 1,682 votes against his nearest rival Ngonglin Boi of the JDU from Namsang constituency in Tirap district.

BJP nominee and sitting MLA from Dambuk constituency Gum Tayeng is leading by a margin of 852 votes over his nearest rival Tony Pertin of the NPP.

The BJP had already opened its account by winning three seats unopposed including, Kento Jini from Along East constituency in West Siang district, Taba Tedir from Yachuli seat in Lower Subansiri district and Phurpa Tsering from Dirang seat in West Kameng district.

The election commission had declared the result on 29 seats out of which 19 went to BJP followed by five sets to JDU, Congress three seats and others one. The ruling BJP was leading on seven more seats.

With three BJP MLAs winning unopposed the ruling BJP was heading toward the comfortable victory for the first time on its own lotus symbol. The elections were held for the Arunachal Pradesh state assembly on April 11, 2019.