A doctor in hospital who reportedly tipped off the incident to the media was suspended for indiscipline. 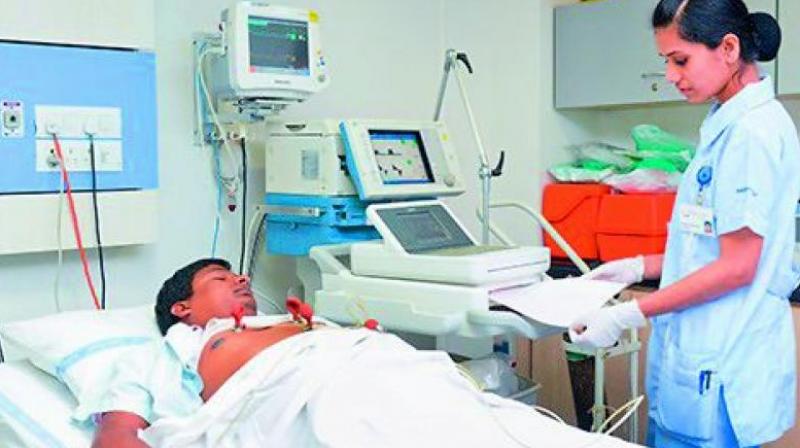 Interestingly, in a late evening development on Friday, a doctor in the 1400-bed hospital, Razdan, who reportedly tipped off the incident to the media, was placed under suspension on charges of indiscipline. (Representational image)

Bhopal: Death of 11 patients, including two children, in the government-run Maharaja Yaswantrao hospital in Indore in Madhya Pradesh on Thursday has sparked uproar in the state in the wake of reports that oxygen supply was “mysteriously” snapped for around half-an-hour, leading to the tragedy.

Interestingly, in a late evening development on Friday, a doctor in the 1400-bed hospital, Razdan, who reportedly tipped off the incident to the media, was placed under suspension on charges of indiscipline.

Even as the issue rocked the state, Madhya Pradesh Human Rights Commission on Friday sought a report from the dean of the hospital on the alleged incident, sources in the rights body told this newspaper.

The local administration, however, went into damage control mode issuing a clarification describing the deaths “routine”. “No oxygen supply disruption has been reported and no one died because of oxygen supply failure. Illness caused their deaths. I have been to every ward of the hospital after a section of media spread misinformation (of deaths due to oxygen supply cut).

There is no negligence. The deaths are routine in a 1400-bed hospital. The hospital records 10-20 deaths every day”, Indore region divisional commissioner Sanjay Dubey said.

Member of Parliament (MP) minister for medical education Sharad Jain however said the matter would be probed.

Reports claimed there was disruption in supply of oxygen to the patients admitted in intensive care units (ICUs) in the hospital between 4-4.30 hours on the intervening
night of Wednesday-Thursday.