India   All India  24 Jun 2019  Air Chief Marshal B S Dhanoa hits out at Pakistan on terrorism
India, All India

He was addressing the reporters as the nation celebrates 20 years of Kargil War. 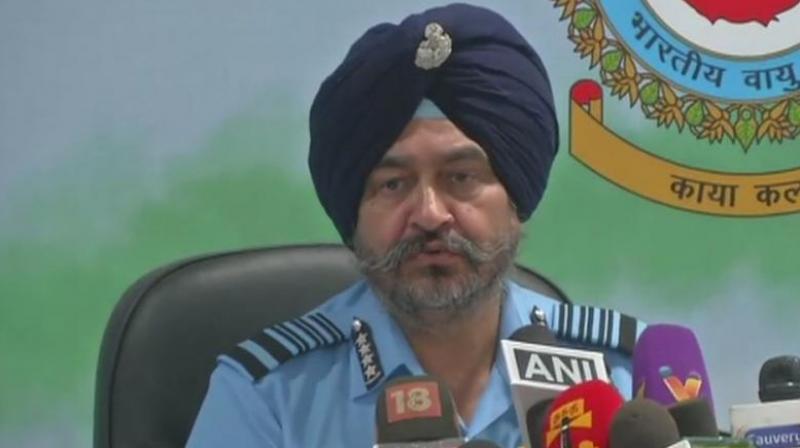 New Delhi: Chief of Air Staff Air Chief Marshal Birender Singh Dhanoa has hit out at Pakistan on Monday over Pakistan’s continuous support to terrorism in a press conference here.

He was addressing the reporters as the nation celebrates 20 years of Kargil War.

Speaking on the Balakot air strikes, he said that unlike Pakistan's intention to attack our army bases, Indian Air Force's objective was to hit at terror camps.

He maintained that Pakistan Air Force could not enter Indian air space.

"We achieved our military objective. None of them crossed the Line of Control into our territory," Dhanoa said.

Talking about Pakistan's closing down of its air space, Dhanoa said, "They (Pakistan) have closed their airspace that is their problem. Our economy is vibrant and air traffic is a very important part and you have noticed that the Air Force has never stopped our civil air traffic."

He further remarked, " Only on 27 February (2019) we had stopped Srinagar airspace for 2-3 hours, rest of it we didn't allow tension with Pakistan to dictate our civil aviation because our economy is much bigger and much stronger than Pakistan."

To commemorate the 20th anniversary of Kargil War, Gwalior Air Base has recreated the war and constructed models of mountain peaks which the armed forces recaptured in the famous battle.

While speaking on Kargil, Dhanoa remarked, "Purpose of our attack has always been to show our resolve and capability, and the message has been given to the person who is being hit."

India reportedly attacked the terror bases operating in Balakot in Pakistan on February 26 this year, 10 days after a CRPF convoy was hit by a suicide bomber in Pulwama in Jammu and Kashmir killing 40 soldiers.