The two sides held their first diplomatic talks in June 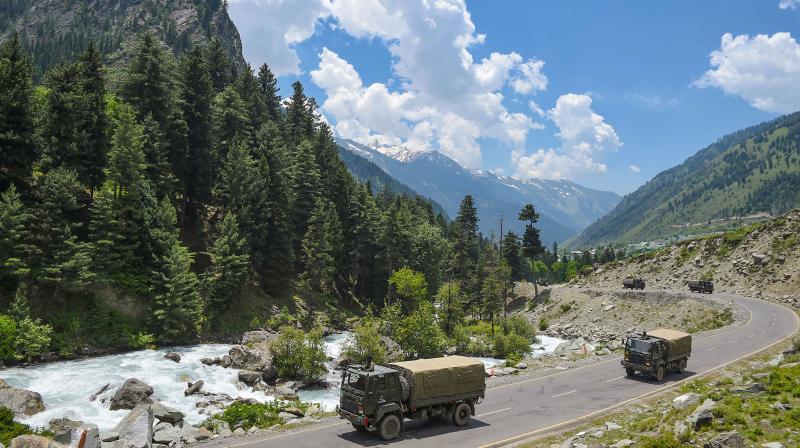 An army convoy moves along the Srinagar-Leh highway. PTI photo

New Delhi: India and China are holding diplomatic talks through video conference on Wednesday to explore ways to ease tension along the Line of Actual Control in the Ladakh region, officials said.

The talks are scheduled to be held between Joint Secretary (East Asia) in the Ministry of External Affairs Naveen Srivastava and Director General in the Chinese Ministry of Foreign Affairs Wu Jianghao, they said.

The two sides held their first diplomatic talks in June.

The talks are being held two days after Chinese and Indian armies arrived at a "mutual consensus" to "disengage" from all the friction points in eastern Ladakh.