New Delhi said it would reduce its own staff in Islamabad by the same 50 percent proportion. 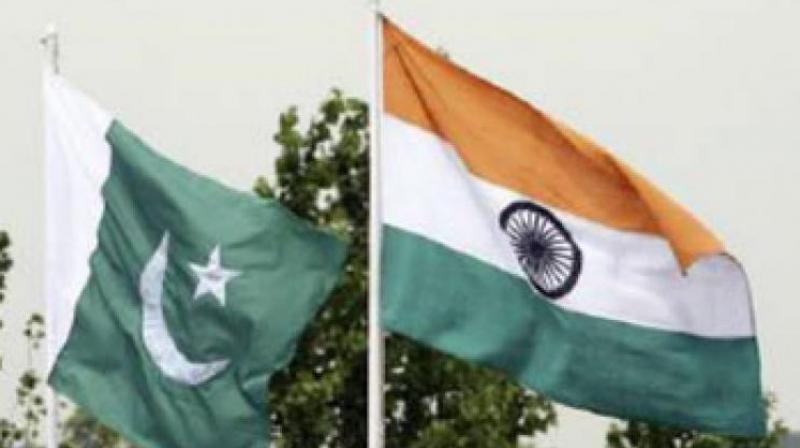 New Delhi: Retaliating to the illegal custody and “barbaric treatment” last week of two Indian High Commission staffers in Islamabad by Pakistani security agencies after being “abducted at gunpoint”, India -- in a major decision on Tuesday -- asked Pakistan to reduce its staff at its High Commission in New Delhi by half within a week. New Delhi said it would reduce its own staff in Islamabad by the same 50 percent proportion.
The decision was communicated to Pakistani Charge d’Affaires Syed Haidar Shah, who was summoned by the Ministry of External Affairs (MEA) on Tuesday. This marks a further sharp downward spiral in Indo-Pak ties. New Delhi seems to have been infuriated by the “graphic details of the barbaric treatment” that the two staffers narrated after their return to India through the Attari-Wagah land border in Punjab on Monday. The two had been abducted and tortured in illegal custody for several hours by Pakistani security agencies last Monday and the MEA had said last week that the two had suffered grievous injuries while being physically assaulted.

Pointing out how two Pakistani High Commission officials had been expelled from India late last month after being caught red-handed while carrying out espionage, New Delhi referred to the “sustained campaign”of Pakistani agencies to intimidate the officials of the Indian High Commission in Islamabad from carrying on with their legitimate diplomatic functions. India also pointed how such behaviour by Pakistan was “not in conformity with the Vienna Convention and bilateral agreements on the treatment of diplomatic and consular officials” but rather “an intrinsic element of a larger policy of supporting cross-border violence and terrorism”. New Delhi also accused officials of the Pakistan High Commission of maintaining dealings with terrorist organisations.

On Tuesday, the MEA said, “The Charge d’ Affaires of Pakistan was summoned today to the Ministry of External Affairs and informed that India had repeatedly expressed concern about the activities of officials of his High Commission. They have been engaged in acts of espionage and maintained dealings with terrorist organisations. The activities of the two officials caught red-handed and expelled on 31 May 2020 was one example in that regard.”

The MEA added, “While their officials indulged in actions that are not in conformity with their privileged status in the High Commission, Pakistan has in parallel engaged in a sustained campaign to intimidate the officials of the Indian High Commission in Islamabad from carrying on their legitimate diplomatic functions. The recent abduction at gunpoint of two Indian officials and their severe ill treatment underlines the extent to which Pakistan has gone in that direction. These officials who have returned to India on 22 June 2020 have provided graphic details of the barbaric treatment that they experienced at the hands of Pakistani agencies.”

New Delhi further said, “The behaviour of Pakistan and its officials is not in conformity with the Vienna Convention and bilateral agreements on the treatment of diplomatic and consular officials. On the contrary, it is an intrinsic element of a larger policy of supporting cross-border violence and terrorism. Therefore, the Government of India has taken the decision to reduce the staff strength in the Pakistan High Commission in New Delhi by 50%. It would reciprocally reduce its own presence in Islamabad to the same proportion. This decision, which is to be implemented in seven days, was conveyed to the Pakistani Charge d’Affaires.”

In a late-evening reaction, Pakistan rejected India’s allegations and in turn summoned the Indian Charge d’Affaires in Islamabad to ask New Delhi to also reduce the Indian High Commission’s staff in Islamabad by 50 percent as a “reciprocal measure” within a week. Incidentally, New Delhi had already declared earlier in the evening that it would also reduce the Indian High Commission’s staff by half in Islamabad. According to sources, both the diplomatic missions currently have about 110 personnel each in each other’s Capital.