In a veiled dig at China, he said “leading voices” of the world must “respect international law...” 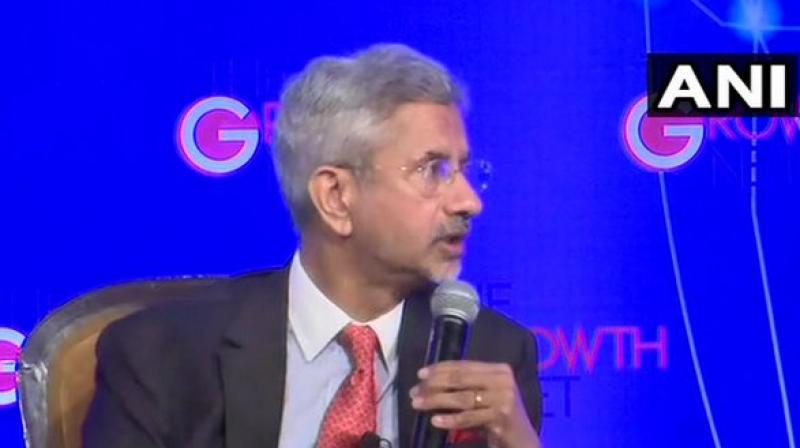 New Delhi: Speaking in the "virtual" presence of his Chinese counterpart Wang Yi at a “Special” Russia-India-China (RIC) trilateral meet at the foreign ministerial level through video-conference, External Affairs Minister S Jaishankar, in a veiled dig at China, said “leading voices” of the world must “respect international law and recognise the legitimate interests of partners”, even as he reminded Beijing of the contributions of the medical mission of Indian doctor Dwarakanath Kotnis to war-ravaged China in the 1930s.

Pressing India’s claims to permanent membership of the UNSC in an oblique manner, the EAM said India’s contributions at the time of the end of the second world war had not been duly recognised by the victors of that time and that “historical injustice”had then been meted out to India which should now be corrected. Russian Foreign Minister Sergey Lavrov chaired the meeting.

The comments came a week after the brutal clash between Indian and Chinese troops at the Galwan valley in the Ladakh sector in which there were casualties on both sides.

Speaking at the “Special” RIC meet to to commemorate the 75th anniversary of the conclusion of the Second World War as well as the foundation of the United Nations, Jaishankar said, “This Special Meeting reiterates our belief in the time-tested principles of international relations.But the challenge today is not just one of concepts and norms, but equally of their practice.The leading voices of the world must be exemplars in every way. Respecting international law, recognizing the legitimate interests of partners, supporting multilateralism and promoting common good are the only way of building a durable world order.”

Thanking time-tested Russia for convening the meeting on Tuesday, the EAM added, “When the victors met to fashion the ensuing global order, the political circumstances of that era did not give India due recognition. This historical injustice has stood uncorrected for the last 75 years, even as the world has changed. Therefore, on this momentous occasion, it is important for the world to realize both the contribution that India made and the need to rectify the past.”

Pressing India’s claims, Jaishankar said, “But beyond history, international affairs must also come to terms with contemporary reality. The United Nations began with 50 members; today it has 193. Surely, its decision making cannot continue to be in denial of this fact. We, the RIC countries, have been active participants in shaping the global agenda. It is India’s hope that we will also now converge on the value of reformed multilateralism.”

The EAM further pointed out, “The victory over Nazism and Fascism was achieved through sacrifices across many theatres by many countries. India made a significant contribution, with 2.3 million of its citizens under arms and 14 million more participating in war production. Indian blood was shed at the battlefields of the world, from Tobruk, El Alamein and Montecassino, to Singapore, Kohima and Borneo. We helped keep key supply lines open to both your countries, one through the Persian corridor and the other over the Himalayan hump. If Indian personnel were conferred the Order of the Red Star, the medical mission led by Dr Kotnis was a legend in China. So tomorrow, when our military contingent marches through the Red Square, it would be an affirmation of the difference that we made.”