Under the legal guidelines, Modi, as an appellant, has 5 business days to apply for such an oral consideration 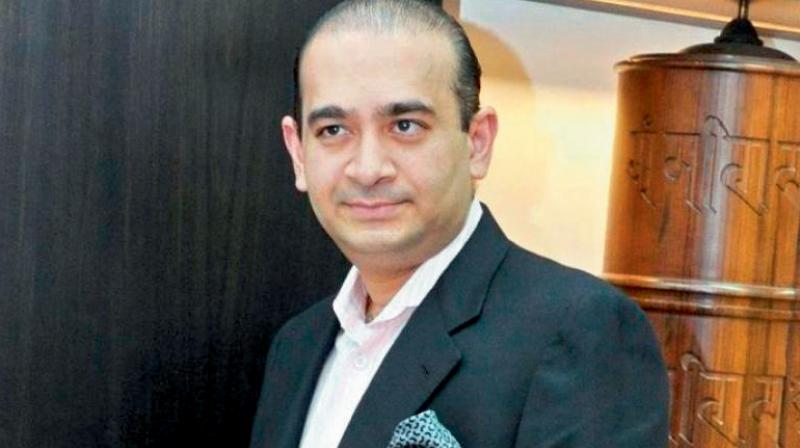 The case was before a High Court judge for a decision "on the papers" submitted for the appeal to determine if there are any grounds for an appeal against the Home Secretary's decision on April 16 or the Westminster Magistrates Court February ruling in favour of Modi's extradition to India to face charges of fraud and money laundering.

A High Court official confirmed that the permission to appeal was "rejected on paper" on Tuesday, which leaves the 50-year-old jeweller with a chance for his lawyers to make his case at a brief oral hearing in the High Court with a renewed "leave to appeal" application for a judge to determine if it can proceed to a full appeal hearing.

Under the legal guidelines, Modi, as an appellant, has five business days to apply for such an oral consideration, giving him time until next week. If a renewal application is made, it will be listed before a High Court judge for a hearing. It is understood that Modi plans to make such an application.

The Crown Prosecution Service (CPS), which appears in court on behalf of the Indian authorities, said it is waiting for the next stage in the process.

"If they are allowed to appeal then we would contest any appeal proceedings on behalf of the GOI [government of India]," the CPS had said last month.

Meanwhile, Modi remains behind bars at Wandsworth Prison in south-west London since his arrest over two years ago on March 19, 2019.

In his ruling in February, District Judge Sam Goozee concluded that the diamond merchant has a case to answer before the Indian courts and that the bars to extradition under UK law do not apply in his case.

As part of a very comprehensive judgment, the judge concluded that he was satisfied that there is evidence upon which Modi could be convicted in relation to the conspiracy to defraud the PNB.

"A prima facie case is established, he said, in relation to all counts of charges brought by the Central Bureau of Investigation (CBI) and Enforcement Directorate (ED)  including money laundering, intimidation of witnesses and disappearance of evidence.

The court had also accepted that while Modi's mental health had deteriorated due to the lengthy incarceration in a London prison, exacerbated by the Covid-19 pandemic, his risk of suicide did not meet the high threshold to conclude that it would be "unjust or oppressive" to extradite him.

Modi is the subject of two sets of criminal proceedings, with the CBI case relating to a large-scale fraud upon PNB through the fraudulent obtaining of letters of undertaking (LoUs) or loan agreements, and the ED case relating to the laundering of the proceeds of that fraud.

He also faces two additional charges of "causing the disappearance of evidence" and intimidating witnesses or criminal intimidation to cause death, which were added on to the CBI case.

"I do not accept the submissions that NDM [Nirav Deepak Modi] was involved in legitimate business and using the LoUs in a permissible fashion, notes the magistrates' court judgment forwarded to the Home Secretary.

India is a designated Part 2 country by virtue of the Extradition Act 2003, which means it is the Cabinet minister who has the authority to order a requested person's extradition after considering all issues. The Home Secretary's order rarely goes against the court's conclusions, as she has to consider only very narrow bars to extradition, which do not apply in Modi's case.

The case will now go through the next stage of the High Court appeals process, with a renewed application expected to lead to a hearing in which Modi's lawyers will argue in favour of a full appeal hearing against the extradition order.

As witnessed in the extradition case of former Kingfisher Airlines chief Vijay Mallya - who remains on bail in the UK while a confidential matter, believed to relate to an asylum request, is resolved  there is still some way to go before Modi can be moved from Wandsworth Prison in London to Barrack 12 Arthur Road Jail in Mumbai and face trial in India.