Delhi court Virbhadra Singh's son Vikramaditya and others to appear before it on August 27 in a money laundering case. 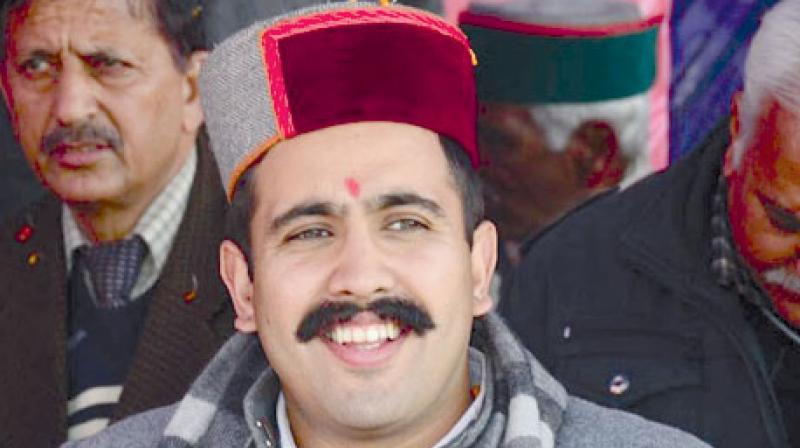 New Delhi: A Delhi court today summoned former Himachal Pradesh chief minister Virbhadra Singh's son Vikramaditya and others to appear before it on August 27 in a money laundering case.

Both Chandrasekhar and Prakash Bhatia are also accused in a CBI case related to the matter, along with Virbhadra Singh, his wife Pratibha Singh and others.

Besides 83-year-old Virbhadra Singh and his 62-year-old wife, the others named in the ED charge sheet, filed through advocate

Anand Chauhan, arrested on July 9, 2016 by the ED under relevant provisions of the Prevention of Money Laundering Act, 2002, was granted bail on January 2 in the case.

In a separate case filed by the Central Bureau of Investigation (CBI) in relation to the matter, the former Himachal Pradesh chief minister, his wife and Chauhan were charge sheeted along with others.

The CBI had claimed that Virbhadra Singh had amassed assets worth around Rs 10 crore which were disproportionate to his total income during his tenure as a Union minister.

The matter was transferred by the Supreme Court to the Delhi High Court which, on April 6, 2016, asked the CBI not to arrest Singh and directed him to join the probe.

On November 5, 2017, the top court transferred Singh's plea from the Himachal Pradesh High Court to the Delhi High Court, saying it was not expressing any opinion on the merits of the case, but "simply" transferring the petition "in the interest of justice and to save the institution (judiciary) from any embarrassment".