CM Devendra Fadnavis called the death 'unfortunate' and has appealed for calm and said the government is serious about a resolution. 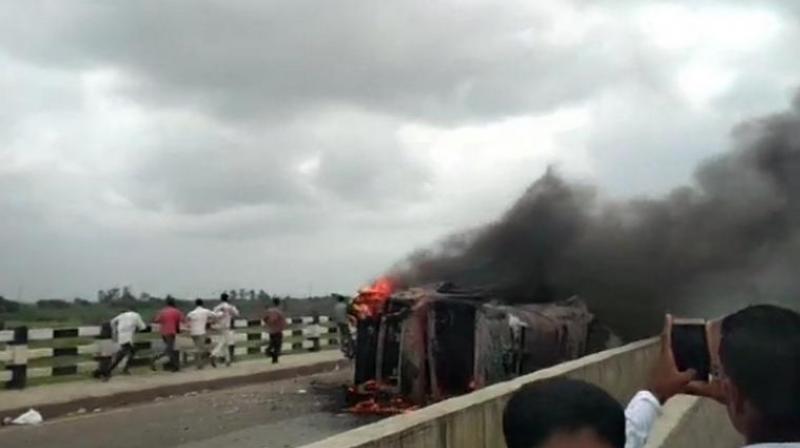 The protesters set a truck ablaze in Aurangabad's Gangapur during their protest. (Photo: Twitter | ANI)

Mumbai: Various parts of Maharashtra are witnessing upheavals after a protester jumped into the river in Aurangabad on Monday. Agitators have been demanding for quota for Maratha people in government jobs and education.

Maharashtra Chief Minister Devendra Fadnavis called the death "unfortunate" and has appealed for calm and said the government is serious about a resolution.

The Maratha Kranti Morcha has given a statewide shutdown call to protest against the death of the 27-year-old farmer.

The protesters set a truck ablaze in Aurangabad's Gangapur during their protest. Tyres were burnt in front of the Osmanabad collector's office and trains were blocked in Parbhani district.

Some Maratha Kranti Morcha workers tonsured their heads in Aurangabad's Gangapur during their protest. 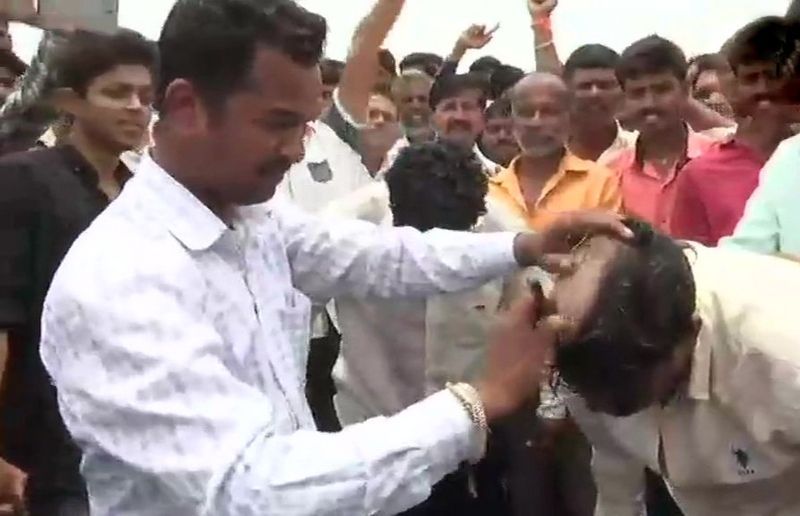 Reports of protests were also received from Sangli and Shirdi in Ahmednagar district.

Kakasaheb Shinde, who was participating in the protests, jumped off a bridge into the Godavari River. He was rushed to a hospital where he was declared dead, police said.

A pro-reservation Maratha leader said the protests would continue until the Chief Minister apologised to the community.

"We will continue our agitation until Chief Minister Fadnavis apologises to the Maratha community. We will observe bandh in Aurangabad and other parts of the state today," Ravindra Patil, the coordinator of a pro-reservation group of Marathas, said.

Some Maratha groups have also planned to protest in Mumbai on Wednesday.

The Maratha Kranti Morcha had on Monday demanded an apology from Fadnavis for alleging that some members from the community were planning violence at Pandharpur town in Solapur district, where the chief minister was earlier scheduled to visit a temple on 'Ashadhi Ekadashi'.

The Chief Minister had said on Sunday that he was cancelling his visit, scheduled on Monday, to the temple in Pandharpur after protesting Maratha outfits threatened to disrupt the event.