Submitted my resignation in larger interests of party, says Madni. 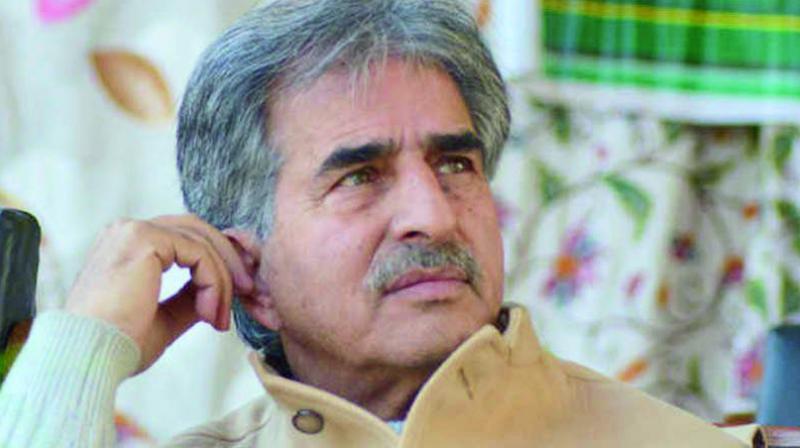 The sources said that Mr Madni quit after being asked to do so by Ms Mufti, the party president, in an attempt to patch up with rebels who have publicly accused her of “ruining” the PDP by promoting nepotism. Mr Madni is also facing charges of corruption and misusing his official position and family bond with Ms Mufti to serve his own interests.

Mr Madni is reported to have strongly denied the allegations. He maintained that he submitted his resignation to the PDP president “in the larger interests of the party and for its strengthening, stability and unity”.

The party sources said that some of the disgruntled party men, including legislators, had conveyed to Ms Mufti that it was possible to patch things up with her if Mr Madni is removed from the post of vice-president. They have also asked her to distant herself from some other people who they think have tarnished the image of the PDP through their actions.

More than half a dozen PDP lawmakers had earlier this month raised the banner of revolt against Ms Mufti and publicly accused her of obliterating the party by promoting nepotism and ‘khandani raaj (family rule). They insisted that there was urgent need of looking for an alternative to the tradition of “family rule” in Jammu and Kashmir.

It was former minister and Shia cleric Imran Reza Ansari who first spoke against Ms Mufti publicly days after she had to quit as chief minister after the PDP’s ally Bharatiya Janata Party (BJP) walked out of the coalition government resulting into it premature collapse. He had publicly said that he and others feel suffocated in the party.

“Mufti Muhammad Sayeed had a dream of making this party a force to reckon with but he never allowed his relatives to get on his nerves. Ever since Ms Mehboobaji took over we do see mamaji, tayaji and bhai sahib ruling the roost,” he had said.