The froth spilled after water from sewage treatment plants in Bellandur was released to 126 tanks in Kolar. 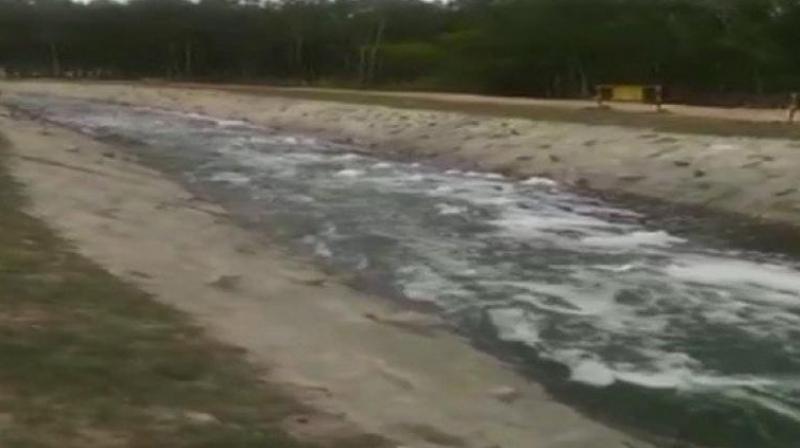 The froth spilled after water from sewage treatment plants in Bellandur was released to 126 tanks in Kolar under the Koramangala-Challaghatta Valley project. The project aims to provide water to parched Kolar by filling irrigation tanks in Chintamani with treated sewage water from the tanks in the Koramangala and Challaghatta valley in Bengaluru.

Spread over 1,000 acres, the Bellandur lake is highly contaminated receiving 60 per cent of the sewage generated in the city. The lake has spilled toxic foam many times in the recent past and on several occasions, even caught fire.

In January this year, residents living on the Yemlur side of Bellandur Lake spotted huge clouds of smoke billowing from the lake that is full of sewage, chemical effluents and construction debris.

Around 5,000 Army personnel were deployed to douse the fire.

As per the Karnataka Lake Development Authority, the Bellandur lake is the largest of the 262 lakes and tanks in Bengaluru and accumulates about 40 per cent of the city's sewage.

The lake is in bad shape despite the National Green Tribunal (NGT) pulling up the government and its various agencies for failing to prevent pollution and not doing enough to restore the lake to its pristine glory.

The NGT had directed an immediate and complete shutdown of 76 polluting industries around the lake.