When the Chief Minister's convoy was entering the assembly, TDP MLAs raised slogans against him and later entered the House. 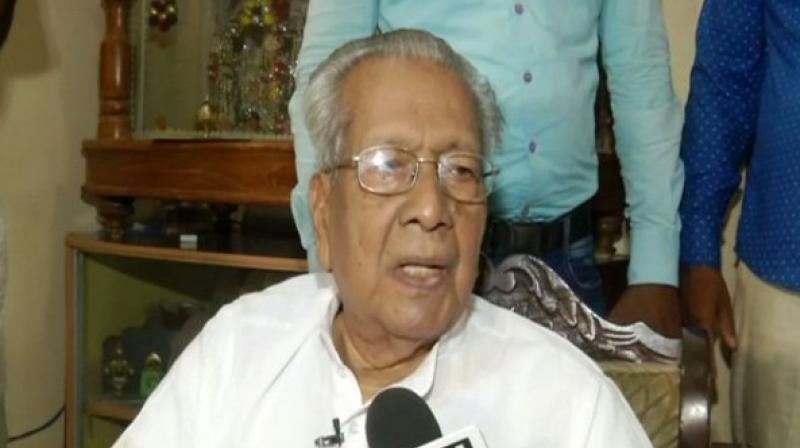 Earlier today, the Andhra Pradesh Assembly was adjourned till 1 pm as the new governor was going to take charge. The house was adjourned after question hour was held for a brief time.

Before the adjournment, TDP MLAs staged a walkout after raising slogans demanding chance for Chandrababu Naidu to speak in the House.

Speaker Tammineni Seetaram did not accept their demand, leading to opposition leaders walking out of the House.

Naidu, along with TDP MLAs and MLCs, held a protest in Andhra Pradesh Assembly corridor demanding suspension of three MLAs of their party to be reversed, just before the start of the day's proceedings.

When the Chief Minister's convoy was entering the assembly, TDP MLAs raised slogans against him and later entered the House.

On Tuesday, Naidu and his party MLAs walked out of the Legislative Assembly opposing the move to suspend three of its members on charges of obstructing proceedings of the House.

The trio was suspended after Legislative Affairs Minister Buggana Rajendranath moved a motion against them as they surrounded the speaker's chair protesting the government's response on pensions for women belonging to backward and minority communities.

The budget session of the Assembly started on July 11 and will continue till July 30.