Kargil War School was set up by the Indian Army in the year 2000, to train jawans in mountain climbing and high altitude warfare. 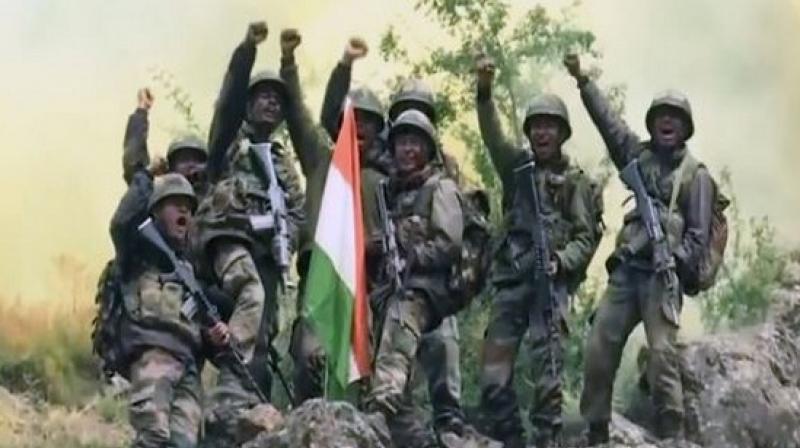 Soldiers after completing a training in the Kargil Battle School. (Photo: ANI)

Kargil: Kargil Battle School in the Dras sector of Kargil district in Jammu and Kashmir provides pre-induction training to soldiers on mountain warfare.

It was set up by the Indian Army in the year 2000, to train jawans in mountain climbing and high altitude warfare. Only the best pass out of Kargil Battle School and rigorous training is imparted to the jawans so that a Kargil-like situation is not repeated.

Speaking to ANI, Vimal Sharma, Commanding officer of the Kargil Battle School, said, "During the war, the Indian soldiers had to fight with enemies at an altitude of 14,000 feet. This battle school trains jawans how to climb high altitude mountains within minutes. The soldiers are trained in various types of climbing: One hang climbing, Double jump climbing, rappelling, abseiling and single row rappelling."

"It is difficult to climb up but while climbing down, most of the jawans take only five minutes," he added.