The seven miscreants intercepted his motorcycle near Putri Khera and attacked him with sticks. 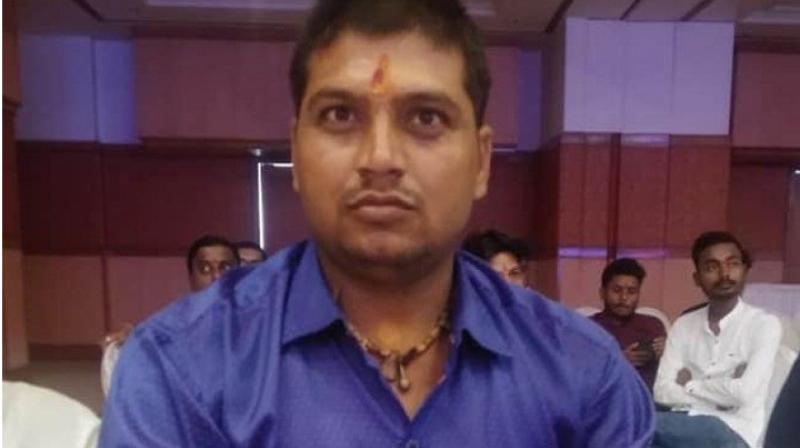 Sunil Tiwari was heard saying in the video clip that he feared for his life and regretted that police was not accepting his FIR against the accused. (Photo- Facebook/ Satya Hindi)

Bhopal: A scribe of a local daily was shot dead by a group of assailants in a village in Madhya Pradesh’s Niwari district late on Wednesday evening for allegedly exposing their activities in his newspaper.

Sunil Tiwari (35), who worked for a Gwalior-based newspaper, was chased by seven miscreants when he was going to the village of Putri Khera under Sendri police station along with his brother in a motorcycle, police said.

The seven miscreants, three of whom were identified as Awdhesh Tiwari, Narendra Tiwari and Anil Tiwari, intercepted his motorcycle near Putri Khera and attacked him with sticks.

He was later allegedly shot by them.

His brother managed to escape to the village to get help from locals, police said.

Later, the victim’s family rushed the journalist to a hospital in Jhansi in Uttar Pradesh where he succumbed to his injuries, police said.

“A murder case has been registered against all the seven accused. All the accused were absconding”, local sub-divisional officer of police Balram Singh Parihar said.

Meanwhile, a video clip dated May 25 showing the deceased appealing to the Niwari district superintendent of police to give him police protection in view of threat to his life from the accused, on Thursday went viral in social media.

The slain scribe was heard saying in the video that he was getting threat calls from the accused for the last two months after he filed some stories against them in his media.

He was heard saying in the video clip that he feared for his life and regretted that police was not accepting his FIR against the accused.

“I have been pleading to Niwari police to give me protection for the last two months. Police is not accepting my FIR. If something happens to me or my family, then the accused should be held responsible”, he was heard saying in the video clip.