India   All India  24 Jul 2020  Railway Ministry has no funds to pay salaries, pension
India, All India

Railway Ministry has no funds to pay salaries, pension

It has indicated that owing to a financial crunch, all its infrastructure projects will be affected 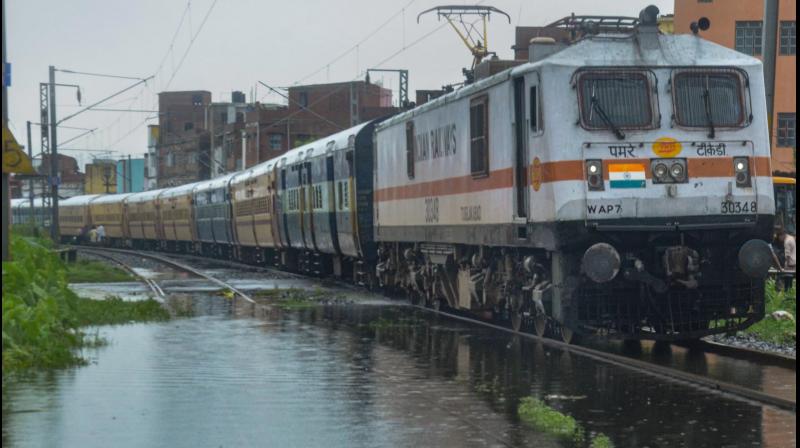 A train is stationed on a waterlogged track after heavy rain, in Muzaffarpur. PTI photo

In a major jolt to the Centre’s ambitious plans to push spending in major infrastructure sectors, the Indian Railways, one of the key contributors to the nation’s economy, has sought the finance ministry’s urgent intervention as it cannot meet its pension expenditure of Rs 53,000 crores for 2020-21, and urged North Block to take over its pension liability for this fiscal year. Indian Railways has around 13 lakh employees and roughly 15 lakh pensioners.

The railway ministry’s inability to pay its pensioners raises alarm bells as its dismal financials put a question mark over its capability to even pay salaries to its lakhs of employees across India in the long run. It has indicated that owing to a financial crunch, all its infrastructure projects will be affected. The red flags were raised by the railway ministry at a meeting called officials of the Prime Minister’s Office with top officials of Central ministries to take stock of the infrastructure sector.

The railway ministry’s bleeding financial condition may be a setback to the Centre's ambitious plan to create big ticket infrastructure projects in the next five years, for which it plans to entail an expenditure of Rs 102 lakh crores under the National Infrastructure Pipeline (NIP) till 2024.
Highly-placed sources said the PMO was apprised of the fact that even in 2019-20, that has just ended, the railway ministry could not supplement the same amount (Rs 53,000 crores) in its pension fund, which had left it with a huge negative closing balance of around Rs 28,000 crores.

Rail Bhavan mandarins have thus sought immediate redressal from the finance ministry. Sources said during the top-level deliberations, it was indicated the high debt servicing liability had restricted the Railways’ capabilities to generate resources internally, which severely impacted its fund availability for critical projects.