The Foundation facilitated air lifting of the stranded people from Cherukadappuram, one of the worst-affected areas. 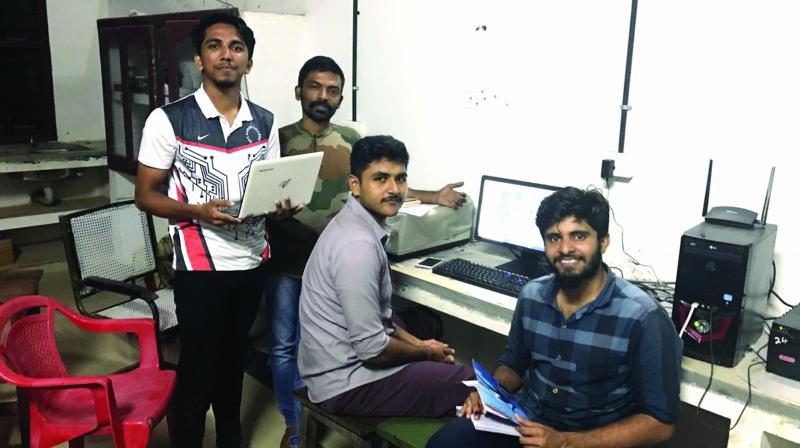 Kochi: The efforts of non-governmental organisations (NGOs) and groups of youngsters helped the government agencies in coordinating rescue and relief operations. One of them was ‘Flood 18 – Hornbill Mission Rescue Team’ formed by Western Ghats Hornbill Foundation, which coordinated with government and semi government agencies for relief and rescue operations in the most isolated places in Ernakulam and Thrissur districts.

Dr. K.H. Amitha Bachan, the brain behind the Foundation who is a faculty at botany research department of MES Asmabi College, Kodungallur spearheaded the initiative with a team of volunteers, including IT professionals, students, NSS volunteers and employees working in various sectors came together to join the special group named

With more than 15 years of experience in forest research management and study of dams, the Foundation could assess the impact of increasing water discharge from dams.

“Being in the most vulnerable areas, we focused on the areas in the boarder of Ernakulam and Thrissur districts. Our GIS unit is functioning as emergency control unit coordinating emergency rescue operations in Puthenvelikkara, Kuthi-yathodu, Kanakkan-kadavu, Moothakunnam Paravur, Chalakkudy and Kunnukara area for the last 72 hours,” said Dr. Bachan.

The team has 24 volunteers working in close link with sub-collectors in both districts, government medical team in Ernakulam, police authorities and army officials.

“More than 30,000 people were stranded in Puthanvelikara alone and all of them could be rescued and shifted to 11 relief camps. A group of people from the village joined hands with the Foundation volunteers in rescue and relief operations,” he said.

The Foundation facilitated air lifting of the stranded people from Cherukadappuram, one of the worst-affected areas. The volunteers also coordinated with fishermen association to ensure support of fishing boats in rescue operation.

“When residents of three panchayats were cut off from the mainland, it is this group of youngsters who helped us to move to safe places. It is with their help that we could ensure medicine, food and drinking water in relief camps,” said M.P Shajan, former member of Puthan-velikara panchayat.