Nayar would not hesitate in calling a spade a spade openly, even in difficult situations, and for this reason he was jailed during Emergency. 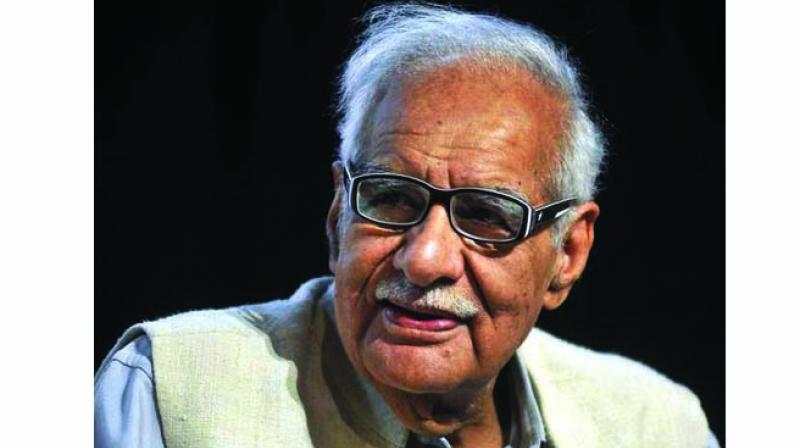 The very first time we met, I was at Aftab (The Sun) and was introduced to Kuldip Nayar sahib by its editor Khawaja Sannaullah Bhat as “the boy sitting in that corner who does it”.

The introduction was in response to Nayar sahib’s question about who translated his syndicated column, Between the Lines, for the popular Srinagar Urdu daily. The question perturbed me, but became the basis of a relationship that lasted for several decades.

Nayar sahib informed Khawaja sahib that his weekly column was published by over 80 newspapers in 14 languages in India and abroad, but it was at Aftab where it was translated properly, and without any change in the fundamental meaning of its message. He then quoted the famous rule, “Translation is not about words. It’s about what the words are about”. A “people’s journalist” and a crusader for civil rights and press freedom, Nayar sahib was widely respected for his columns and reportage and wrote several books.

He would not hesitate in calling a spade a spade openly, even in difficult situations, and for this reason he was jailed during Emergency.

However, post-1990, one could feel that as peace activist his patriotism prevailed over everything else vis-à-vis the issue of Kashmir. I asked him about it and he tried to justify his views by calling them “realism and pragmatism”.

He would assert it in public discourses and through his writings that India does not want another Partition and that the Kashmir issue “can be solved by granting full autonomy to the state within the country.” For these views he had to face hostile students at a media conference in Srinagar a few years ago.

At the same time, he was quite unhappy with the handling of Kashmir by New Delhi and would assert that the government’s policy towards the restive state is flawed and that the problem cannot be solved by using force.

Nayar sahib was in the forefront about 24 years ago in convincing JKLF leader Muhammad Yasin Malik and his comrades to abandon their armed struggle and start a non-violent movement on the premise that it would earn them the support of the people of the country.

In 1993, Nayar sahib met Malik in a hospital where he had been shifted from prison. “If you could trust white men, why not us?” he had said.