D Raja also demanded an explanation on the government's stand on the situation of Jammu and Kashmir. 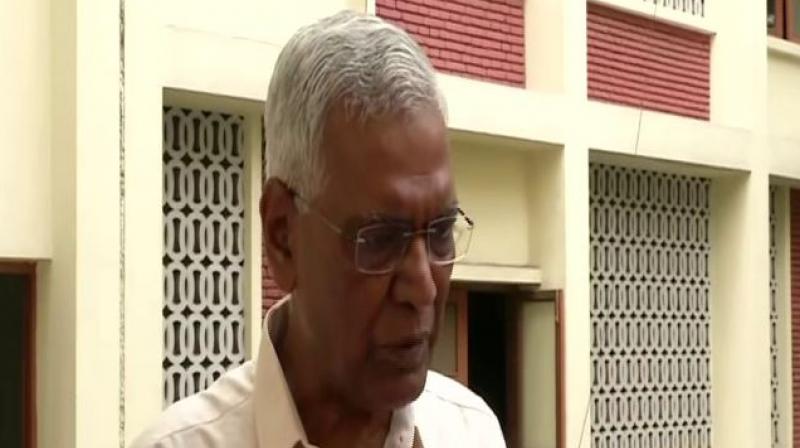 New Delhi: Communist Party of India General Secretary D Raja on Saturday said that the government should allow political leaders to show solidarity with the people of Jammu-Kashmir.

On being asked about the statement of Jammu and Kashmir administration in which they had appealed to political leaders to not visit Srinagar as it will cause inconvenience to people, Raja said that he has not been communicated anything in this regard.

"Allow political leaders to visit the city of Srinagar. They can express solidarity with the people of Jammu and Kashmir," D Raja appealed to the government.

D Raja also demanded an explanation on the government's stand on the situation of Jammu and Kashmir.

"Earlier, the issue was considered to be bilateral but then the American President openly intervened and he talked to our Prime Minister and Pakistan's Prime Minister and it became trilateral. And now our government is talking to every other head of the state. As citizens we are asking what is our government's position on Jammu and Kashmir," D Raja said.

A delegation of opposition leaders including Congress leader Rahul Gandhi and D Raja attempted to visit Srinagar in Jammu and Kashmir today in order to see the ground reality, days after the Centre abrogated Article 370 from the region.

However, they were sent back immediately after arriving in the valley.