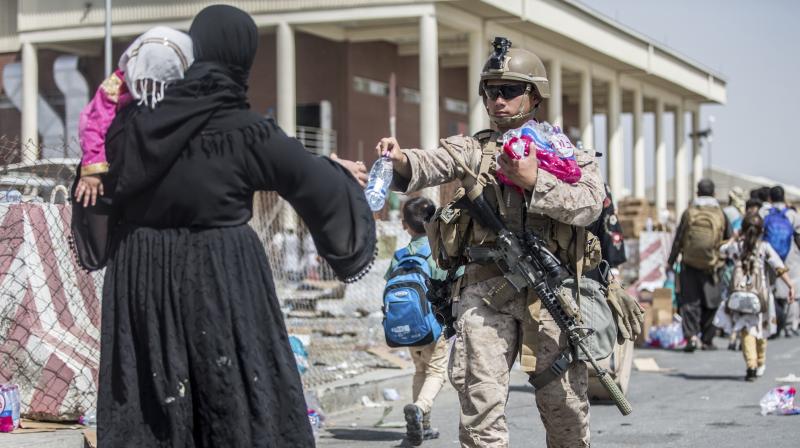 New Delhi: Prime Minister Narendra Modi on Monday directed the ministry of external affairs (MEA) to brief parliamentary floor leaders of various political parties, including the Opposition, on the recent developments in Afghanistan even as efforts to repatriate and evacuate Indian nationals from the strife-torn nation continued. The briefing is likely to take place on August 26, sources said.

As many as 164 Indian nationals who had been earlier evacuated to Qatar’s capital Doha from Kabul by American and NATO forces were repatriated to India on Monday through several commercial flights. Sources said that IAF special flights are likely late on Monday night to evacuate the remaining Indian nationals in Afghanistan who are estimated to be only about 20 to 30 in number now after evacuation flights were undertaken over the weekend.

A number of Afghan Sikhs and Hindus along with other Afghans who had worked in India-assisted development projects in the strife-torn nation are also likely to be brought back. Over the weekend, Indian nationals had been brought back to India directly from Kabul as well as from both Doha and the Tajik capital Dushanbe where they had been airlifted to.

On Monday, MEA spokesperson Arindam Bagchi also tweeted, “Bringing Indians back from Afghanistan. 2nd batch of 146 Indian nationals, who were evacuated from Afghanistan to Doha, being repatriated today to India. Thank everyone involved for their support.”

Earlier on Sunday, in a series of tweets, the MEA spokesperson had said, “Evacuation continues! IAF special repatriation flight with 168 passengers onboard, including 107 Indian nationals, is on its way to Delhi from Kabul.” He had further tweeted, “Bringing Indians home from Afghanistan! AI 1956 carrying 87 Indians departs from Tajikistan for New Delhi. Two Nepalese nationals also evacuated. Assisted and supported by our embassy @IndEmbDushanbe. More evacuation flights to follow.” He had added, “first batch of 135 Indians who were evacuated from Kabul to Doha over past days being repatriated tonight to India. Embassy officials provided consular and logistics assistance to ensure their safe return. We thank Qatar authorities and all concerned for making this possible.”