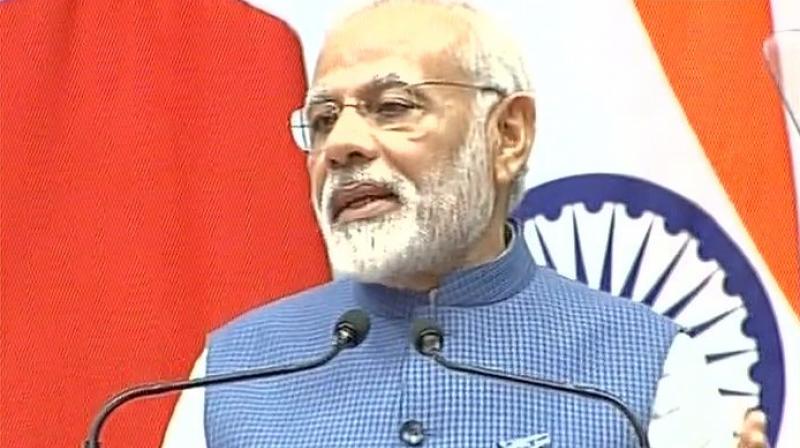 New Delhi: Answering his critics, Prime Minister Narendra Modi on Sunday said he uses his monthly radio programme 'Mann Ki Baat' to reflect the views and aspirations of the people of the country rather than expressing his own opinions.

He said he had kept this three-year-old programme away from politics and had tried to connect with the people without getting swayed by the (political) "heat" and "anger" that may prevail at any particular time.

In the 36th episode of the radio broadcast, Modi expressed confidence that social scientists, universities, research scholars and media experts would conduct analysis of the programme and highlight its positives and negatives.

He said the 'Mann Ki Baat' programme reflects positive strength of the country.

"(Through the programme) I got a unique opportunity of connecting with the people and knowing their feelings, wishes, aspirations and even complaints and I never said that this is my 'Mann Ki Baat' (my voice)," the Prime Minister said.

He was clearly answering his critics from the opposition parties who have been accusing him of expressing only his views through the programme and not listening to the voice of the people.

Modi said through this programme, he reflects views of the people who keep sending him inputs through emails, by telephone and on MyGov app and NarendraModi App.