UP teen raped by 3 men; locals thrash accused, 2 on the run

Nazim (20) has been arrested. Meanwhile, two others, Mohammed Chotka and Badka, both brothers, are on the run. 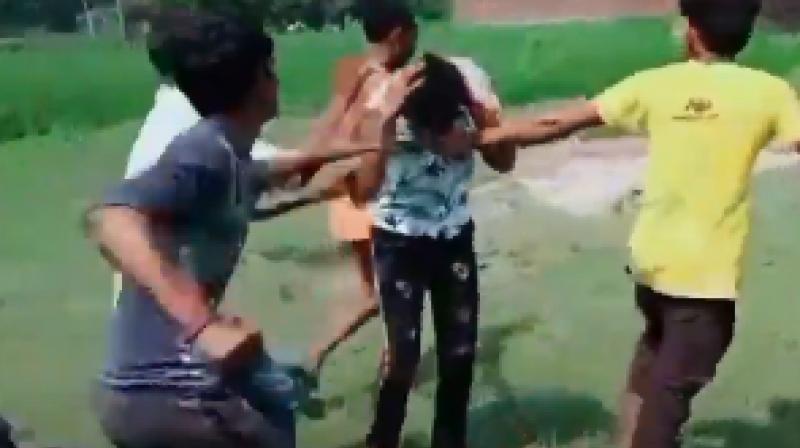 One of the three men was cornered by the locals and almost beaten to death. (Photo: Social Media)

Lucknow: A 16-year-old girl was gangraped by three men, who also recorded the crime on their phone and share it widely, in Uttar Pradesh’s Kaushambi district. One of the three men was cornered by the locals and almost beaten to death, reported NDTV.

According to reports, photographs show the accused (Mohammed Nazim) in a torn shirt and trying to save himself from the villagers.

Nazim (20) has been arrested. Meanwhile, two others, Mohammed Chotka and Badka, both brothers, are on the run.

The woman, in her police complaint, told police that she was collecting fodder at a neighbouring village for her livestock when the three men attacked her. She also said they dragged her to a secluded place and took turns to rape her.

Two policemen have been taken off duty over allegations that they had misbehaved with the girl and her family when they went to the police station to file a complaint on Sunday. Initially, the cops refused to file a case and questioned her about the authenticity of her allegations.

Tags: crime, gangrape, up crime, up police, crime against women