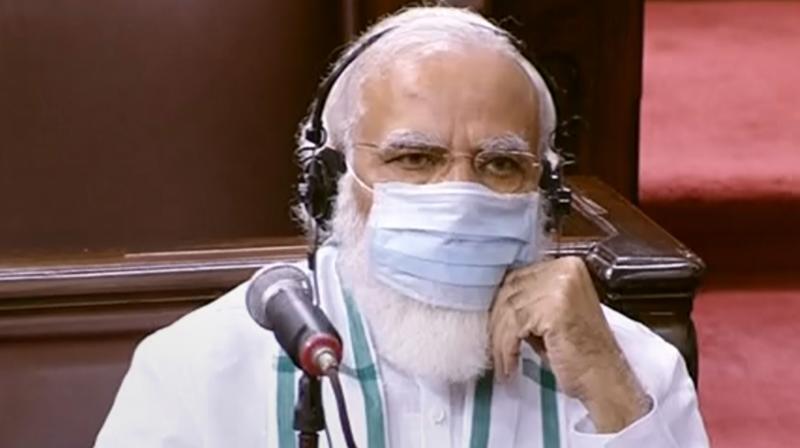 Prime Minister Narendra Modi on Wednesday asked state governments to focus on “micro containment zones” to prevent the spread of novel coronavirus instead of shutting down activities in the entire state which may restrict economic growth.

During a review meeting with the chief ministers and representatives of seven states with a high number of cases, Mr Modi asked them to reassess if lockdown of one or two days a week are being effective in containing the deadly virus or are hampering economic activities. He also asked states to enhance their focus on effective testing, tracing, treatment, surveillance and clear messaging to curb the pandemic.

Mr Modi said out of 700 districts in the country, only 60 have major spread of Covid-19 and asked the CMs to spend about one hour a day overseeing containment in these districts.

Noting that most Covid-19 patients are asymptomatic, Mr Modi said an effective messaging is all the more important as rumours often get spread and common people wonder if the testing is wrong. “Some people even make the mistake of undermining the seriousness of the disease,” he said.

The PM added that unhindered movement of medicines of one state to another must be ensured.

India on Wednesday recorded 83,347 fresh cases of novel coronavirus, taking its overall tally of infections to  56.46 lakh. The total number of deaths have crossed 90,000 with 1,085 fatalities in 24 hours.