Ali said he would seek necessary action for Mr Hegde's 'uncalled for' comments on Tipu, who fought against the British. 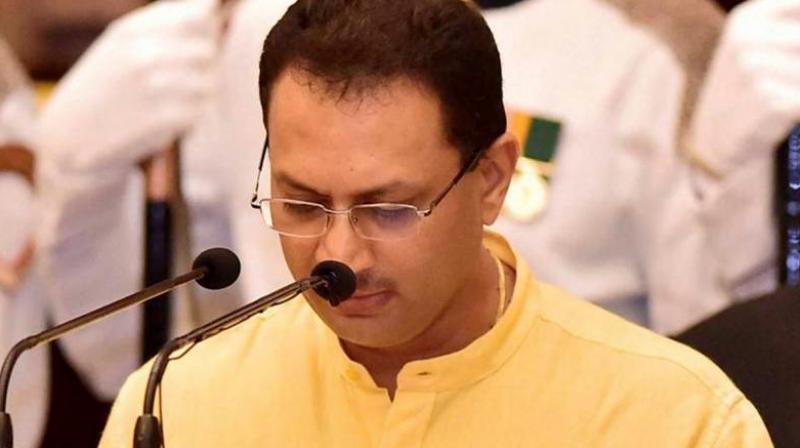 In 2016, Hegde had flayed the state government for celebrating Tipu Jayanti, claiming that the ruler was 'against Kannada language and anti-Hindu'. (Photo: PTI/File)

Bengaluru: A descendant of Tipu Sultan on Monday demanded an unconditional apology from Union minister Anantkumar Hegde for describing the 18th century Mysore ruler as a "mass rapist" and "brutal killer".

Bengaluru-based businessman Sahabzada Mansoor Ali Tipu said he would meet Karnataka Home Minister Ramalinga Reddy on Tuesday and may also file a complaint with the police.

"On behalf of the descendants of Tipu Sultan, I am lodging a complaint against Hegde for calling our forefather a mass rapist and brutal killer," he told news agency PTI.

Ali said he would seek necessary action for Mr Hegde's "uncalled for" comments on Tipu, who fought against the British.

"Being a Union minister, he should not have made such irresponsible comments against a ruler who is revered as a hero in Karnataka. I seek an unconditional apology and necessary action against Hegde for his comments," he  said.

Alleging that Hegde's comments could stoke "communal sentiments", he demanded that Prime Minister Narendra Modi drop him from his council of ministers.

"The tweets of Hegde are distasteful and hurt not only family sentiments, but also the sentiments of the country. PM Modi should sack him as Union minister," he said.

Ali, who said he was a 7th generation descendant of Tipu Sultan, added that he was in touch with others in the family, including Bakhtiar Ali in Kolkata, who is contemplating taking legal action against Hegde.

Hegde had stirred a row after he requested the Karnataka government not to include his name in programme invitations for Tipu Jayanti celebrations.

"(I have) conveyed (to) Karnataka government not to invite me to the shameful event of glorifying a person known as a brutal killer, wretched fanatic and mass rapist," Hegde said in a Tweet on October 20.

The BJP leader had also written to the Chief Secretary and Uttara Kannada deputy commissioner, asking them to direct the state government not to include his name in the programme invitations to mark the birth anniversary of Tipu Sultan.

In 2016, Hegde had flayed the state government for celebrating Tipu Jayanti, claiming that the ruler was "against Kannada language and anti-Hindu".

Subsequently, Hegde was arrested for threatening to disrupt celebrations in the Uttara Kannada district.

The government's decision to celebrate the day on November 10 last year had been criticised by the BJP and RSS, who termed the act of the Congress as "minority appeasement".

The Siddaramaiah-led government is all set to celebrate Tipu Jayanti despite widespread protests and violence that had marred celebrations in the last two years.