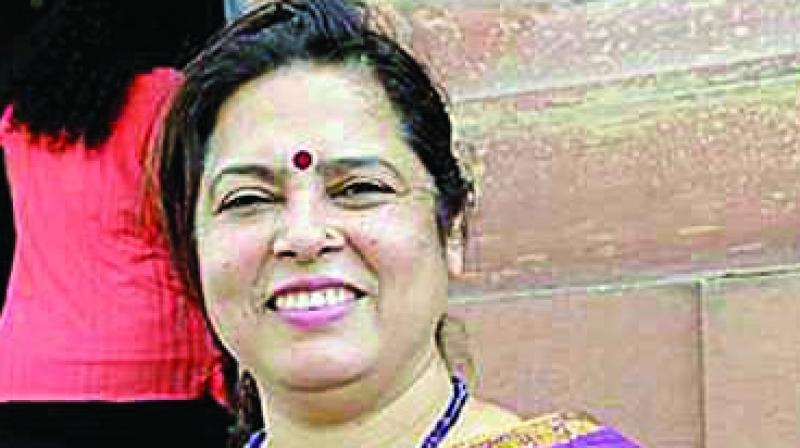 BJP MP Meenakshi Lekhi said, 'This is a historic decision which will benefit 40 lakh families in Delhi.' (Photo: File | PTI)

New Delhi: BJP MP Meenakshi Lekhi has said that the Centre's decision to confer ownership rights to 40 lakh people in unauthorised colonies in Delhi is "historic".

Speaking to ANI, Lekhi said, "This is a historic decision which will benefit 40 lakh families in Delhi."

She also criticised Arvind Kejriwal-led Delhi government for allegedly wasting public money and betraying the people of the national capital.

Yesterday, the Union Cabinet announced that it has approved regulations for conferring and recognising ownership rights to residents of unauthorised colonies, which would benefit 40 lakh residents of the national capital.

The Cabinet also gave its approval to bringing a bill in the next session of Parliament to implement the proposal.

Information and Broadcasting Minister Prakash Javadekar, announcing the move, had said that the decision will benefit more than 40 lakh residents of unauthorised colonies spread over around 175 sq km as development and redevelopment can now take place in these colonies resulting in a clean, secure and healthy living environment.

The decision is applicable to 1,797 identified unauthorised colonies which are inhabited by lower-income group society and does not apply to 69 affluent colonies identified by DDA including Sainik Farms, Mahendru Enclave, and Anant Ram Dairy.