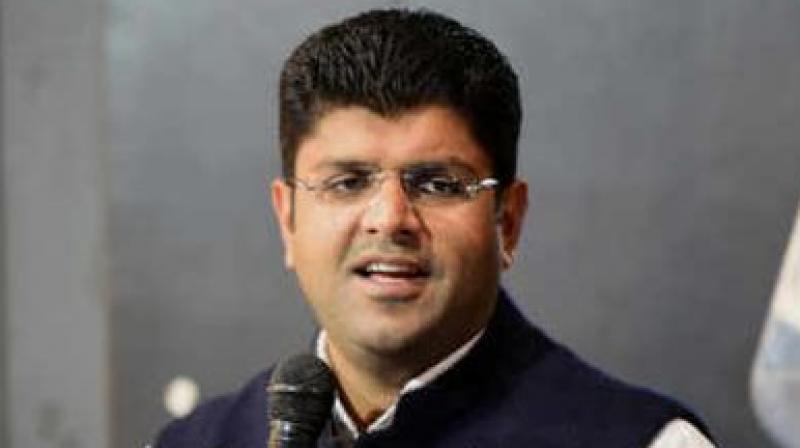 In 2018, Dushyant Chautala formed the JJP under the guidance of his father Ajay Chautala, who is serving a 10-year sentence in a corruption case. (Photo: Social Media)

Haryana: Jannayak Janta Party’s (JJP) Dushyant Chautala will be the deciding factor in Haryana Assembly election 2019. He could prove to be the kingmaker if the ruling Bharatiya Janata Party (BJP) in Haryana falls short of a simple majority.

Going by the initial trends, the ruling BJP looks to be falling short of a majority in the 90-member Haryana Assembly. A party needs 46 seats to form the government in Haryana. Currently, the BJP is leading 38 seats, Congress in 32 seats and JJP in 10.

In 2018, Dushyant Chautala formed the JJP under the guidance of his father Ajay Chautala, who is serving a 10-year sentence in a corruption case.

According to reports, Dushyant had said his party was ready for an alliance with whoever offers him the chief minister’s chair. However, it is unclear whether the JJP will align with the BJP or the Congress in the case of a hung verdict.

Addressing the reporters, Dushyant said: “I have not had any discussions with anyone. Decision will be taken only after the final numbers are out.”

According to sources, the Congress is considering offering the chief minister’s post to Chautala and Bhupinder Singh Hooda has already got in touch with the JJP leader. The BJP too has reportedly sent out feelers.

Dushyant's campaign has been focused largely on the youth with a promise of more job opportunities, says a political observer.

JJP had shown its strength in the Jind bypoll in January earlier this year, where it finished second and Congress national spokesperson Randeep Surjewala finished third.