India has raised concerns over China-Pakistan Economic Corridor project as it passes through Pakistan-occupied Kashmir. 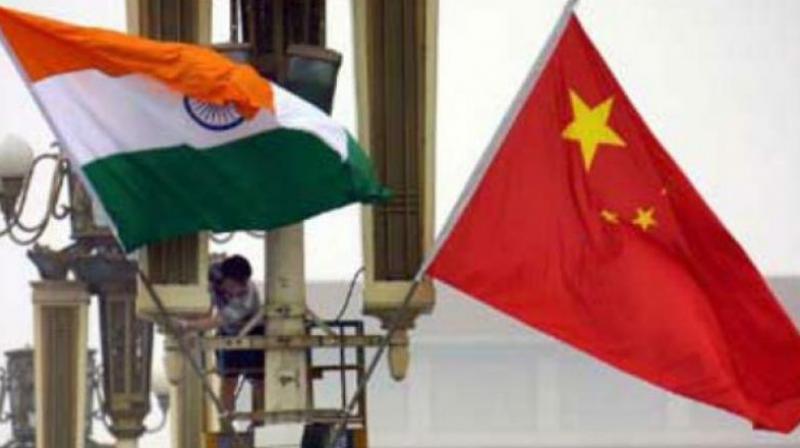 The Chinese Foreign Ministry said China's stand is that the CPEC is an economic cooperation initiative and has 'nothing to do with territorial sovereignty disputes'. (Photo: File)

Beijing/New Delhi: China on Thursday skirted a direct response to the reported proposal by its envoy's to India to rename the China-Pakistan Economic Corridor (CPEC) to address New Delhi's concerns and said the project does not affect China and Pakistan's position on the Kashmir issue.

China's ambassador to India Luo Zhaohui during an interaction with experts on Chinese affairs and students of the Jawaharlal Nehru University (JNU) last week offered to rename the CPEC as well as build an alternative corridor through Jammu and Kashmir.

India has raised concerns over the project as it passes through Pakistan-occupied Kashmir.

The CPEC is a planned network of roads, railways and energy projects linking southern Pakistan, and the Gwadar Port, to China's restive Xinjiang Uyghur autonomous region.

The Chinese Foreign Ministry responding to media queries about Luo's remarks said, "The China-Pakistan economic corridor is a framework for cooperation focusing on the long-term development of cooperation in all fields."

The project is not only in the interests of both China and Pakistan but also also conducive to promoting regional stability and development, it said.

The Chinese Foreign Ministry said China's stand is that the CPEC is an economic cooperation initiative and has "nothing to do with territorial sovereignty disputes".

The CPEC "does not affect China and Pakistan's position on the Kashmir issue," it said.

Previously China had stated that the project would not change its stand on Kashmir. This time China also referred to Pakistan's stand too.

China's stand on the Kashmir issue is that it should be resolved between India and Pakistan through negotiations.

On Lu's reported remark about building an alternative corridor through Jammu and Kashmir, the foreign ministry said, "China is ready to strengthen connectivity with all neighbouring countries and promote regional economic cooperation and common prosperity".

This is not the first time that Lu has offered to rename the corridor. In his address to the United Services Institution in New Delhi on May 5, he had echoed similar
views.

His remarks were, however, subsequently removed from the transcript of his address posted on the website of the Chinese Embassy amid reports that Pakistan sought a clarification on it.

Chinese officials, in Beijing, however in their off the record conversations suggested that it was perhaps Luo's personal initiative to address India's concerns over the CPEC.