A mega mock tsunami exercise with international participants will be carried out in 31 coastal districts in 4 states and a union territory. 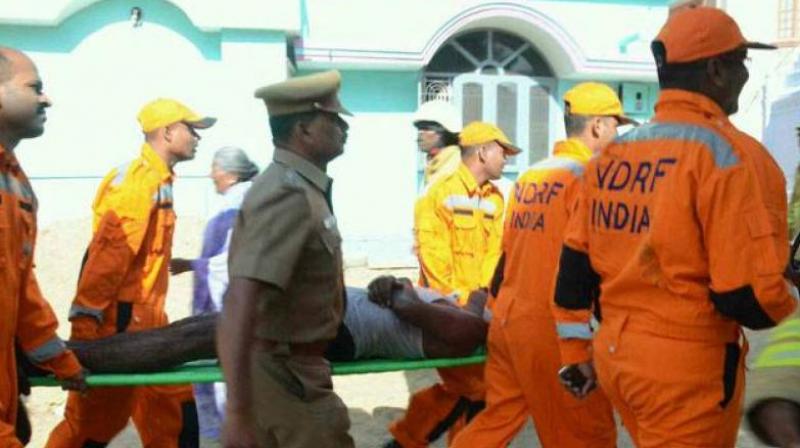 New Delhi: A mega mock tsunami exercise with international participants will be carried out in 31 coastal districts in four states and a union territory on Friday, the Home Ministry said on Thursday.

The exercise will be simultaneously conducted in West Bengal, Odisha, Andhra Pradesh, Tamil Nadu and Puducherry along the entire eastern coast.

The disaster scenario will simulate tsunami waves originating due to a high-intensity earthquake near the Andaman and Nicobar Islands, which will lead to a massive tsunami along the east coast, a home ministry statement said.

The home ministry through the National Disaster Management Authority (NDMA) and the Indian National Centre for Ocean Information Services will conduct the mega mock exercise on tsunami preparedness.

Participants from 11 Pacific island nations will observe the entire exercise to take away key lessons and best practices to be adopted while preparing for and responding to a disaster situation, the statement said.

The exercise is one of the various activities planned on the occasion of the second World Tsunami Awareness day held on November 5.

Tsunami is a highly devastating natural hazard and requires rapid response when it occurs as the reaction time is limited. A two-hour reaction time has been planned in this scenario during which the entire state machinery will be mobilised in a defined manner to respond swiftly and efficiently.

Evacuation drills will also be rehearsed at selected sites. This exercise aims to assess and help improve the preparedness, response mechanism and coordination among concerned agencies.

India's eastern coast is susceptible to both floods and tsunamis and many coastal districts have conducted similar mock exercises for better preparedness over the years. This is, however, the first time that the entire eastern coast will participate in a mock exercise simultaneously.