The NIA said that the case was registered by it on October 8, 2020, under relevant sections of IPC and UAPA 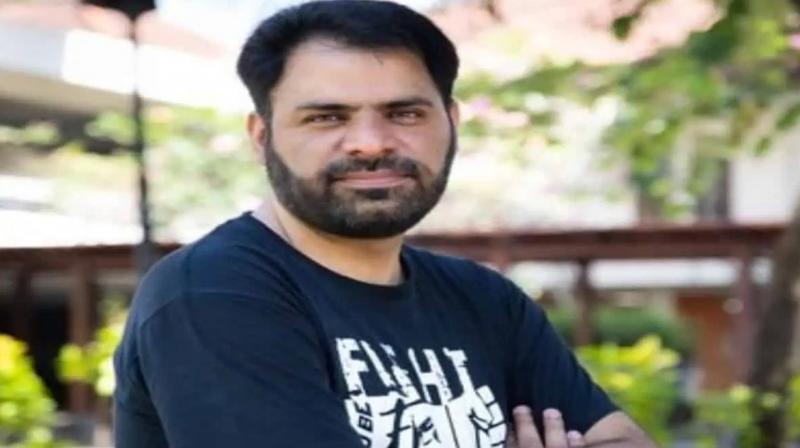 Srinagar: The arrest of Kashmiri human rights activist Khurram Parvez by the National Investigation Agency (NIA) in an alleged terror funding case has evoked sharp criticism by human rights organisations and political parties at home and abroad. A social media campaign for his release has also been launched.

Before arresting Mr Parvez on Monday evening, NIA sleuths searched his home and office in Srinagar and confiscated a laptop, a mobile phone, a few documents and books, termed it as “incriminating”. A spokesman of the NIA said that the case under its investigation “pertains to certain so-called NGOs and trusts raising funds in India and abroad in the name of charitable activities and then using those funds for carrying out secessionist and separatist activities in Jammu and Kashmir”.

The NIA said that the case was registered by it on October 8, 2020, under relevant sections of the Indian Penal Code (IPC) and the Unlawful Activities (Prevention) Act, 1967 (UAPA) on receiving “credible information that certain NGOs and trusts are collecting funds domestically and abroad through so-called donations and business contributions" and then using them to fund terror activities in J&K”.

The 2006 Reebok Human Rights Award winner, Mr Parvez is the chairperson of Asian Federation Against Involuntary Disappearances (AFAD) and programme coordinator of Jammu Kashmir Coalition of Civil Society (JKCCS) and has been active in highlighting the human rights crisis in the erstwhile state of J&K. Over the past couple of decades he has worked mainly on issues such as involuntary disappearances and the plight of victims of violence, particularly the ‘half-widows’ -- women whose partners have disappeared after their reported arrest by security forces combating a 32-year-old insurgency in J&K.

The JKCC and the Legal Forum for Kashmir, a group of lawyers and human rights activists, and J&K High Court Bar Association (Kashmir) have condemned Mr Parvez ’s arrest. The forum alleged that the NIA’s “colonial policing and military warfare” is aimed at “terrorising human rights defenders and journalists in occupied Jammu Kashmir”.

Amnesty International in a tweet said, “The arrest of Kashmiri activist Khurram Parvez is yet another example of how anti-terror laws are being misused to criminalise human rights work and stifle dissent in India. Instead of targeting HRDs, authorities should focus on bringing accountability for human rights violations”.

The NIA had searched the home of Mr Parvez besides the offices of mass-circulated newspaper Greater Kashmir, a couple of NGOs and the homes of at least two journalists -- Pervez Bukhari and Zahiruddin -- and a separatist Hurriyat Conference activist and a houseboat in Srinagar’s Dal Lake area on October 28 last year also. Raids and searches were carried out in Delhi, Hyderabad and some other parts of the country too. NIA sources said that Mr Parvez is being flown to Hyderabad for further investigations into the case.

In September 2016, Mr Parvez was stopped by the authorities at New Delhi’s Indira Gandhi International Airport to prevent him from attending the 33rd UN Human Rights Council Session in Geneva. On returning to Srinagar, he was detained by the police and a week later, when a sessions court ordered his release, he was detained under J&K’s stringent Public Safety Act (PSA). After remaining incarcerated for 76 days, Mr Parvez  was released on November 30 last year on the orders of the J&K high court.