India   All India  24 Nov 2022  Any ruling party at Centre can appoint a 'yes man' as CEC, says Supreme Court
India, All India

Any ruling party at Centre can appoint a 'yes man' as CEC, says Supreme Court 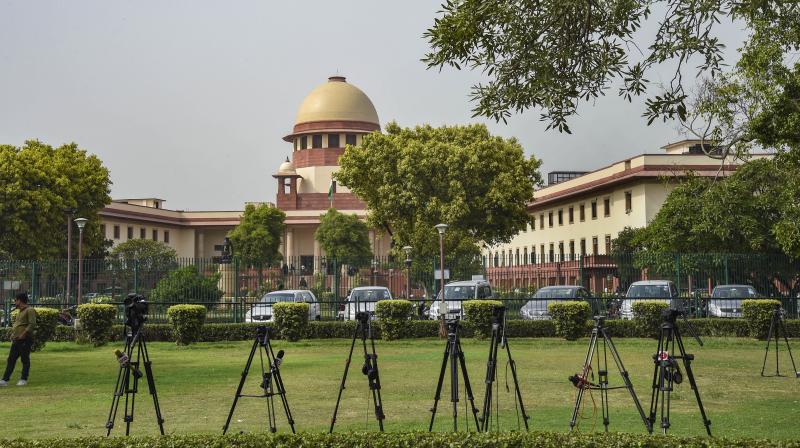 NEW DELHI: The Supreme Court on Wednesday said that people manning the Election Commission of India (ECI) should not be the "yes men" of the government but "independents who can act independently" even if it comes to taking on the Prime Minister and not be "docile" persons who cave in before the authority.

Repeatedly emphasising during the hearing that the appointment of the chief election commissioner (CEC) and the election commissioners (EC) should be "procedure based and transparent", a five-judge Constitution Bench comprising Justices K.M. Joseph, Ajay Rastogi, Aniruddha Bose, Hrishikesh Roy and C.T. Ravikumar in a hypothetical poser to the government asked "do you think the election commissioner... if he’s asked to take on none less than the Prime Minister -- it's just example -- and he doesn’t come around to doing it, will it not be a case of complete breakdown of the system?"

The top court's observations were in continuation of its November 22 remarks that the Constitution has vested enormous powers on the "fragile shoulders" of the CEC and the two ECs and stressed on "a fair and transparent mechanism" so that the "best man" is appointed as the CEC. The hearing will continue on Thursday, November 24.

The bench said that it’s important that, through "a fairly good procedure", someone of "strong character" is appointed as the CEC.

Leaving no doubt about their reservation over the manner in which the ECs are appointed, the court today directed the Centre to place before it the file relating to the appointment of election commissioner Arun Goel.

The court called for the file relating to the appointment of Mr Goel, noting that on November 17, when the Constitution Bench commenced the hearing on the matter, an application was filed relating to the vacancy in the poll panel and within two days the position was filled.

Advancing his rejoinder arguments on a plea seeking to put in place a body for the selection of the ECs, advocate Prashant Bhushan, appearing for Association for Democratic Reforms (ADR) told the court that the very next day (November 18) Mr Goel was given the voluntary retirement scheme and on November 19 he was appointed as election commissioner and he took charge on November 21.

Apparently surprised over the sheer pace at which Mr Goel’s appointment had moved, Justice Joseph heading the Constitution Bench observed that it takes three-months for the VRS to materialise and called for the file suspecting something "hanky-panky".

As attorney-general R. Venkataramani resisted the order calling for Mr Goel’s file, saying that it was not germane to the larger issue being adjudicated by the court, Justice Joseph, describing it as an "eye opener", said: "We will like to know whether the appointment was made when the Constitution Bench was hearing the matter."

The attorney-general said that there was no injunction against the appointments.

As Mr Venkataramani persisted with his reservation about the court’s order and said that he will have to satisfy himself on the issue, Justice Joseph said that the court will examine the file without any adverse bearing on Mr Goel’s appointment.

Justice Rastogi further observed: "It may not be overreaching but an over-reading of the mind of the court summoning the file."

The day-long hearing on the third day saw the Centre reiterating its argument that the practice of the appointment of the CEC and the ECs has worked well in over seven decades and there was no "trigger" pointing to any acts of the poll panel adversely impacting the conduct of free and fair elections in the country for the court to intervene.

Mr Ventakaramani, senior advocate Balbir Singh and solicitor-general Tushar Mehta said that if there was no law prescribing the procedure for the appointment of the CEC and the ECs, then the "silence of Constitution" on this aspect can be addressed by Parliament alone and not by judicial intervention.

The court was told that independence of the executive was as sacrosanct as the independence of the judiciary and there cannot be any outside interference in its affairs of the government. The court was also told that the proposition that the actions of the executive could be trusted only if there was the involvement of an outside entity will have serious consequences for constitutional functioning.

Appearing for the ADR and addressing the Centre’s argument that the court could take cognisance of an act of the poll panel only if there was "trigger" point, Mr Bhushan said that the Citizens Committee headed by former top court judge, Justice Madan B. Lokur, has catalogued 50 instances of the ECI not acting independently.

The Constitution Bench is hearing a batch of pleas challenging the existing process for the selection of the CEC and the ECs, contending that appointments were being done as per the "whims and fancies" of the executive.

The petitioners have sought the creation of an independent collegium or selection committee for future appointments of the CEC and two other ECs.

The petitions have stated that unlike the appointments of the CBI director or Lokpal, where the Leader of the Opposition and judiciary have a say, the Centre unilaterally appoints the members of the ECI.

On October 23, 2018 the top court had referred a PIL to the Constitution Bench. With senior advocate Gopal Sankaranarayanan’s arguments remaining inconclusive, the hearing will continue on November 24.