Shyam Bahadur Singh, however, made it clear that he has no intention to join any other party. 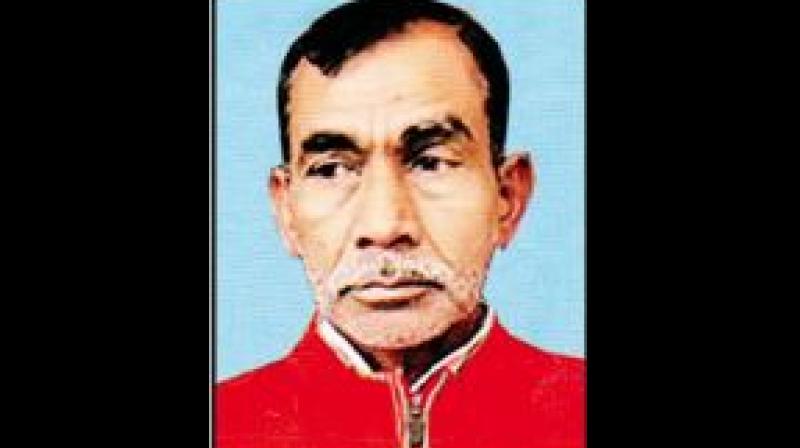 Incidentally, Singh has been involved in a number of incidents in the past which have left his party red-faced. (Photo: vidhansabha.bihar.nic.in)

Patna: An MLA of the ruling JD(U) in Bihar on Monday claimed that he has resigned from the party in protest against alleged high-handedness of the administration which has lodged cases against people of his constituency for staging a protest against land-grabbers.

Shyam Bahadur Singh, who represents Barharia in Siwan district, appeared before a number of local news channels claiming that he visited the residence of state JD (U) president Vashishth Narayan Singh and as the latter was not at home, he left his resignation letter at the place.

The state party president said he has not yet seen the resignation letter but added the MLAs concern will be taken note of and suitable action taken.

The MLA said "there is a moribund sugar mill in my constituency. The land on which it is situated was being encroached upon by mafia elements. When locals protested the administration lodged cases against nearly 200 of them. Our party is in power. How can I show my face to the people of my constituency in such a situation"?

He, however, made it clear that he has no intention to join any other party. “I have full faith in the leadership of Chief Minister Nitish Kumar, who heads our party. My resignation notwithstanding, my loyalties will remain with the JD (U)," he said.

Incidentally, Singh has been involved in a number of incidents in the past which have left his party red-faced. He faced public censure after a video went viral wherein he was seen gyrating alongside bar dancers. Also, many eyebrows were raised when he once reached the state assembly riding an elephant.

Meanwhile, senior Congress leader Prem Chandra Mishra took potshots at the ruling party saying "you can imagine the state of affairs in Bihar and make out how genuine the claims of good governance are when a member of the ruling party is so demoralised."

RJD leader Tej Pratap Yadav also reacted to the development saying "we have always been saying that Nitish Kumar has lost control over the bureaucracy. Now his own MLA is confirming the same"