India   All India  24 Dec 2018  Will strip cops of uniforms after coming to power: WB BJP chief
India, All India

Will strip cops of uniforms after coming to power: WB BJP chief

'Policemen are registering false cases against BJP workers. A day will definitely come when we will strip you of your uniforms,' Ghosh said. 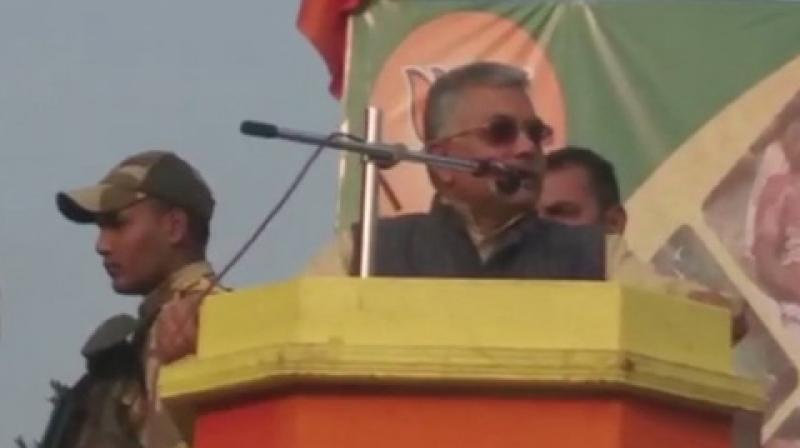 Birbhum: The cops in West Bengal will be "stripped of their uniforms" one day as they are not "worth wearing" the khakhi, BJP's state unit president Dilip Ghosh has said.

"The policemen are registering false cases against my party workers. A day will definitely come when we will strip you of your (police) uniforms. Police aren't worth wearing the uniform," said Ghosh, while addressing a public meeting on Saturday in Birbhum district.

Ghosh also accused the police of lodging "fake" cases against his party workers. "Above all, you are insulting us. We are keeping a record of everything. We will also identify those officers who had slapped false cases against us after coming to power. They will have to pay us back from their own pockets," he said

BJP's Kharagpur MLA also stated that the portrayal of Jharkhand is quite negative all across and claimed that all those involved in the criminal incidents belonged to Chief Minister Mamata Banerjee-led TMC.

"There is a general perception that people from Jharkhand are coming to West Bengal and making bombs. Can't the police catch them? All those involved in these incidents are from the TMC," alleged Ghosh.