India   All India  24 Dec 2018  Very shortly will come out with concrete plan: KCR after meeting Mamata
India, All India

Very shortly will come out with concrete plan: KCR after meeting Mamata

After meeting his West Bengal counterpart Mamata Banerjee, KCR asserted that the dialogue for a Federal Front will continue. 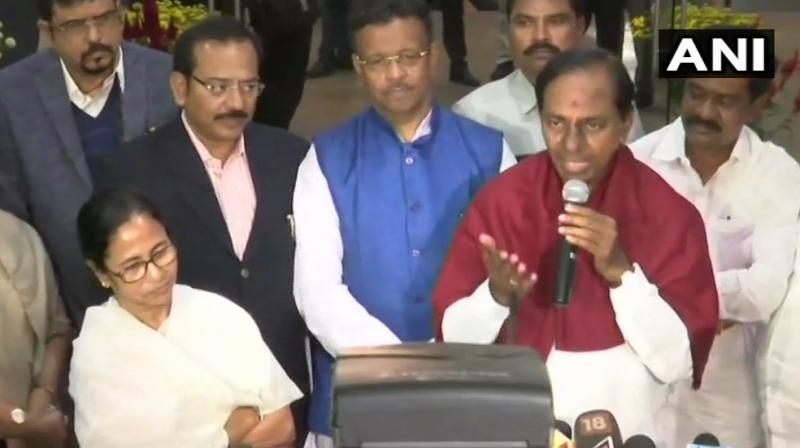 Kolkata: TRS president and Telangana Chief Minister K Chandrasekhar Rao on Monday met his West Bengal counterpart Mamata Banerjee and asserted that the dialogue for a Federal Front will continue.

"Very shortly we will come out with a concrete plan," Rao told reporters after meeting the Trinamool Congress (TMC) president at the state secretariat in Kolkata.

"My efforts for non-BJP, non-Congress alliance will continue," he added.

Rao, fresh from victory in his home state Telangana, is meeting leaders to provide an alternative to the Congress and the Bharatiya Janata Party (BJP) ahead of the 2019 election.