The Congress chief had recently said he would not let Prime Minister Narendra Modi sleep until loans of all farmers are waived in the country. 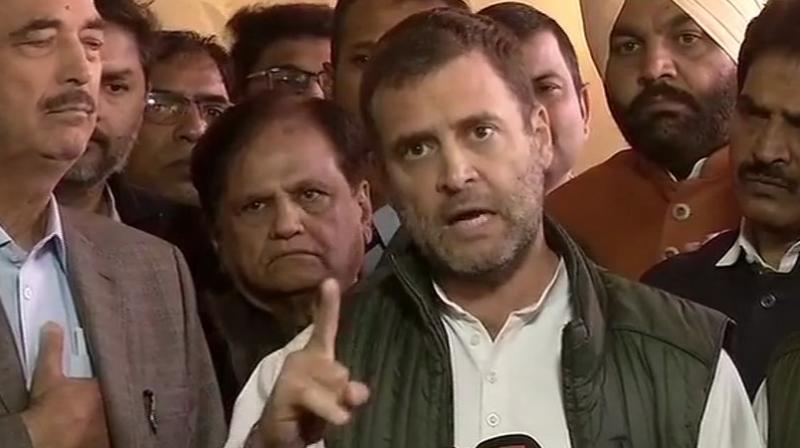 New Delhi: On the occasion of “Kisan Diwas”, Congress president Rahul Gandhi on Sunday promised the farmers that he will make all efforts to secure their future. The “Kisan Diwas” or National Farmers Day is observed across the country on this day to celebrate the birth anniversary of Chaudhary Charan Singh, the fifth Prime Minister of India. Agrarian stress and farmer issues have been major poll planks of the Congress.

As promised by the Congress President soon after coming to power in three states of Madhya Pradesh, Rajasthan and Chattisgarh the Congress waived off farm loans. After the farm loans were waived off by these state governments Mr. Gandhi tweeted, "We asked for 10 days, we did it in two,"

The Congress chief had recently said he would not let Prime Minister Narendra Modi sleep until loans of all farmers are waived in the country. The Congress has been demanding a farm loan waiver from the central government for all farmers in the country. Mr Gandhi has been raising farmers' issues alleging that there is continued agrarian distress under the current government, a charge the Centre has denied.

Mr. Gandhi had earlier highlighted the problems of farmers and sought to share their plight by meeting them wherever they have launched a stir, including in Mandsaur, Madhya Pradesh, where a few farmers died last year in police firing during an agitation. In the ongoing winter session of parliament the Congress is expected to raise the issue of agrarian crisis too.