There is a need to build the core social, economic and political competencies of women to empower them to exercise their agency. 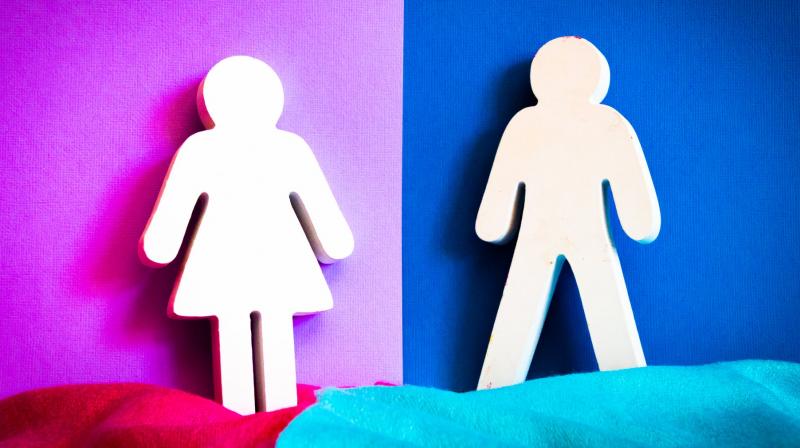 Gender remains a critically important but largely ignored lens to view development issues across the world. Gender inequality is not only a pressing moral and social issue but also a critical economic challenge. (Photo: Representational/Pexels)

“All lives have equal value. No matter where they live on the planet. No matter what state, city and country you’re born in, whether you are male, female.”
— Bill and Melinda Gates Foundation

Gender remains a critically important but largely ignored lens to view development issues across the world. Gender inequality is not only a pressing moral and social issue but also a critical economic challenge. India has a larger relative economic value at stake in advancing gender equality. India has slipped four places to rank 112th globally in terms of gender gap amid widening disparity in terms of women’s health and survival and economic participation — the two areas where the country is now ranked in the bottom-five, according to this year’s annual World Economic Forum’s Gender Gap Report

Gender equality refers to the rights, responsibilities, and opportunities of women and men, girls and boys. It does not imply that women and men are the same, but that the interests, needs and priorities of both women and men should be taken into consideration while recognising diversity across different populations.

Gender discrimination continues to be an enormous problem within Indian society even today. Traditional patriarchal norms have relegated women to a secondary status within the household and workplace. This drastically affects women’s health, financial status, education and political involvement. Women are commonly married young, quickly become mothers, and are then burdened by stringent domestic and financial responsibilities.

Women are still perceived as an important “capital-bearing” object, both in how they are seen as a “subordinate” confined to domestic and care-giving roles behind closed doors, and how they are portrayed as a sexual object through popular culture.

In his book, The Argumentative Indian, Amartya Sen mentions six prevailing inequalities in the realm of gender: Survival inequality as seen in the adverse female-male ratio against biological reality; natality inequality in terms of sex-specific abortion; ownership inequality; unequal facilities in education and healthcare; unequal sharing of household benefits and division of labour within the household; and domestic violence and victimisation. The Gates Foundation captures in its mission goal the true spiritual concept of human creation. But today we know that not all lives have equal opportunity. Gender remains a critically important and largely ignored lens to view development issues across the world. Gender inequality is not only a pressing moral and social issue but also a critical economic challenge. India has a larger relative economic value at stake in advancing gender equality. However, despite some significant gains, some gaps remain. Although India has narrowed the divide between men and women in primary education and health sectors, it doesn’t measure well in major metrics for measuring gender parity.

OUR GENDER GAP HURTS THE ECONOMY

Women are the mainstay of small-scale agriculture, the agricultural labour force and day-to-day family subsistence. The biggest myth is that the rural woman is part of her land’s wealth. Yes, but only to the extent of generating it. They don’t own land but produce secondary crops, gather food and firewood, process, store and prepare family food and fetch water for the family.

On average, women spend about twice as much time as men doing the unpaid work that makes life possible for everyone, like cooking, cleaning and caring. As a result, women have no time to finish their education, or learn new skills. The fact that the potential of so many women is going unrealised is a tragedy — but it’s also an opportunity. Girls and women aren’t just the faces of the poverty; they’re also the key to overcoming it.

The Indian woman has moved out from the kitchen, only to be shackled by other obstructions such as inheritance laws for agricultural land in favour of men, preference for sons, patrilocal marriage, female seclusion from decision-making etc. Few rural women own or control land and this handicaps them in the face of poverty. They are victims of not just their circumstances, but of social attitudes too.

Economic empowerment means, in its most basic sense, the ability to monetise one’s skills and talents. But for most women — particularly women in developing countries — access to the formal labour market is restricted by a host of social, cultural and political barriers. Agriculture is among the most ubiquitous forms of female entrepreneurship. But, although women produce most of the world’s food, they own less than one-fifth of the world’s farmland.

All women, regardless of their marital status, need access to education, good jobs, and support for domestic duties. Both widows and married women deserve freedom from culturally entrenched marital practices that degrade and commodify them, as well as legal protection from their husbands’ debts. Although transforming long-held laws, beliefs and practices may be difficult, it is the only way to keep price tags off women and ensure that they have dignity as well as true economic agency. It has been said that women who are closest to the world’s most pressing issues are best placed to solve them. In many countries, women are adjusting to large-scale economic changes through community-based grassroots organising efforts

To address the major gender biases in Indian society, both rural and urban, there is a need to build the core social, economic and political competencies of women to empower them to exercise their agency .If a “critical mass” of well-informed and inquisitive women’s groups and poor communities can be empowered to participate in the development reforms, their concerns can become central to the planning process.

Collectives of grassroots women organised around self-help groups and micro-enterprises do exist, but building women’s perspectives in the context of decentralised planning, development and reforms in the sectors of water, health and education is an area that needs a lot of attention.

EMPOWERING WOMEN TO BENEFIT THE NATION

Women work tirelessly to end poverty and hunger in their families. But it can take much more than hard work. They need new tools to create their own paths forward. They need opportunities that can overcome economic, cultural and gender barriers. Multi-sectoral cooperation is needed to create breakthrough ideas and solutions to break down economic, social and technical barriers.

Women are far more likely than men to spend the money they have under their discretion on the education of their children, the healthcare of their family and on improving their housing. They tend to invest their financial resources in their homes, families and their communities. Women usually bear the greater brunt of poverty yet they can be important drivers of growth and progress and powerful agents of change.

Providing women with better opportunities to fulfil their social, economic and political roles is now deemed so essential for reducing poverty and improving governance that women’s empowerment has become a development objective in its own right. The key levers for change, from the ground up, are clearly female education and women’s access to income. Women approach the future with creativity, optimism and determination. They take economic ups and downs in their stride. They show calm in the face of adversity. Above all, they work hard.

There is now increasing realisation that gender dynamics is not just a women’s problem that they should try to fix alone. Engaging women alone is not enough. To make real progress, we need to engage men as well. Society must see the bigger picture, which is to say that by including men in the conversations, we are broadening their understanding and awareness. If we are serious about empowering women, then men must be part of the conversation. Men must understand how unconscious masculine behaviours take hold — the ones we see, experience and take for granted, which we tend to label as “normal sexism”.

Educating leaders on implicit and explicit bias is key to cracking this tough nut of gender disparity. That was recently demonstrated by a BBC social experiment. For example, when boys wore girls’ clothes, unknowing adults gave them dolls to play with — and when girls wore boys’ clothes, they were encouraged to ride bikes.

While closing the gender gap is imperative for the overall well-being of society, it can have a more profound impact in agriculture. Today, for example, women typically work on smaller, less productive plots of land than men, and often lack access to the best seeds, fertiliser, credit and training opportunities. Studies show that giving women more decision-making power over productive assets has the potential to increase farm yields by more than 20 per cent.

Empowerment has been shown to lead to a number of positive changes in women’s own perceptions of themselves and their roles in household decision-making. Their self-image and self-confidence were enhanced when they received training on women’s rights and social and political issues. This is a truly uplifting signal of the role women will play in building our future sustainable economy.

For all interventions, the fundamental logic is plain: If we are going to end extreme poverty, we need to start with girls and women. They are the ones who have the grit to lift families out of the pit. People who have pioneered successful social programmes recognised this potential and sought to evoke it.