Taking to Twitter, Dhankar called the confrontation a worrisome and 'unwholesome' situation. 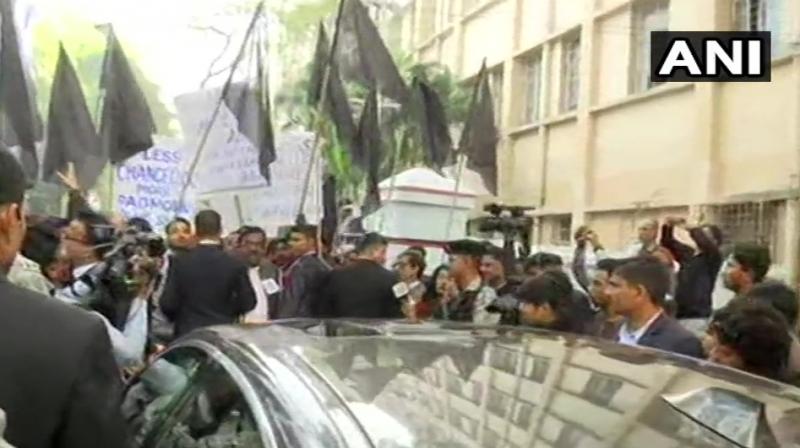 Kolkata: Bengal Governor Jagdeep Dhankar’s convoy was blocked by black-flag waving students at Kolkata’s Jadavpur University on Tuesday morning when he arrived to attend the annual convocation ceremony. The students were protesting the Citizenship (Amendment) Act.

Taking to Twitter, Dhankar called the confrontation a worrisome and “unwholesome” situation.

The number of those obstructing is only around fifty. System being held hostage and those enjoined with the task are oblivious of their obligations. A collapse that can only lead to unwholesome consequences. Rule of law is no where in sight. As constitutional head concerned.

“At Jadavpur University so that the students may get their degrees and enjoy the fruits of their labour and contribute to society. Unfortunately the way to the venue in the University is blocked. Unwholesome. No affirmative role by concerned in sight. Worrisome situation,” he tweeted.

The protest by the students comes just a day after a similar demonstration when Dhankar was heckled and shown black flags. The students threatened to protest again not to take degrees from him if Dhankhar visited the campus at Tuesday's annual convocation, where his presence was not required by the statute of the institute.