2021: An year of record trade amid frozen India-China ties over Ladakh chill

Each side currently has around 50,000 to 60,000 troops along the LAC in the mountainous sector 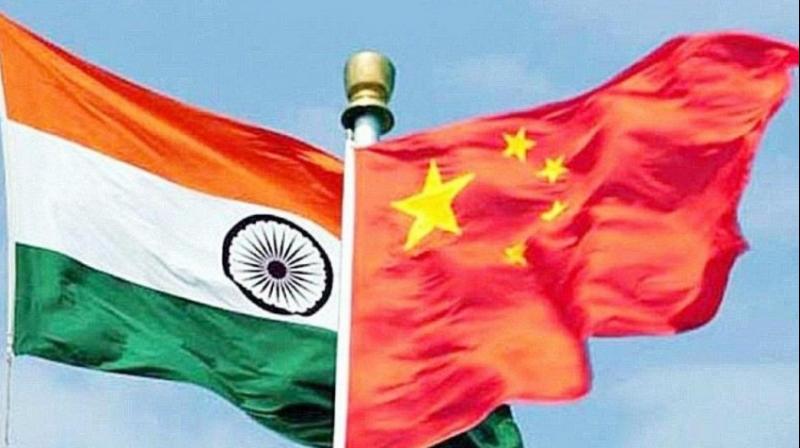 According to last month's data from China's General Administration of Customs (GAC), the India-China bilateral trade totalled USD 114.263 billion, up 46.4 per cent year-on-year from January to November 2021. (PTI Photo)

Beijing: India and China achieved a major milestone this year when their bilateral trade crossed the landmark figure of USD 100 billion but it did not generate any fanfare in both capitals as the two Asian giants are going through a "particularly bad patch" in their relations due to a set of actions by Beijing in violation of agreements that led to the military standoff in eastern Ladakh.

Starting with a modest USD 1.83 billion in 2001, the bilateral trade crossed USD 100 billion-mark in the first 11 months this year, a significant milestone for which the two countries carried out campaigns to boost trade and build it as a major stakeholder to improve the relations between two nations, whose ties otherwise remained frosty over the festering boundary dispute and strategic rivalry.

According to last month's data from China's General Administration of Customs (GAC), the India-China bilateral trade totalled USD 114.263 billion, up 46.4 per cent year-on-year from January to November 2021.

However, while the bilateral trade crossed the USD 100 billion mark, the trade deficit for the 11 months, which is of India's major concern all along, stood at USD 61.547 billion, up 53.49 per cent year on year.

India's concerns over the trade deficit notwithstanding, the landmark record virtually went without any fanfare as the bilateral relations remained frosty over the lingering military standoff in eastern Ladakh.

The border standoff between the armies of India and China erupted on May 5 last year following a violent clash in the Pangong lake areas and both sides gradually enhanced their deployment by rushing in tens of thousands of soldiers as well as heavy weaponry.

As a result of a series of military and diplomatic talks, the two sides completed the disengagement process in the Gogra area in August and in the north and south banks of the Pangong lake in February.

The two sides held the 12th round of talks on July 31. Days later, the two armies completed the disengagement process in Gogra, which was seen as a significant forward movement towards the restoration of peace and tranquillity in the region.

Each side currently has around 50,000 to 60,000 troops along the LAC in the mountainous sector.

What was stated to be a silver lining in this conflict, both sides remained engaged at the Foreign Ministers level to the top military commanders besides through the WMCC (Working Mechanism for Consultation and Coordination) to keep the tensions under control.

The Ladakh standoff completely stalled the relations on all fronts except trade.

External Affairs Minister S Jaishankar during a panel discussion in Singapore in November said that India and China are going through a "particularly bad patch" in their ties because Beijing has taken a set of actions in violation of agreements for which it still doesn't have a "credible explanation".

"We are going through a particularly bad patch in our relationship because they have taken a set of actions in violation of agreements for which they still don't have a credible explanation and that indicates some rethink about where they want to take our relationship, but that's for them to answer," he said, in an apparent reference to the eastern Ladakh border standoff.

"Our relations comprised both opportunities and challenges, and even though certain challenges since last year had overpowered the vast opportunities in the relationship, Misri told Wang, apparently referring to the Ladakh standoff which posed a major obstacle for the ties.

For Misri, who took charge as India's envoy to Beijing in January in 2019, the posting turned out to be the toughest diplomatic challenge as the two countries came out of the Doklam standoff in 2017 with first informal summit between Prime Minister Narendra Modi and Chinese President Xi Jinping in Wuhan in 2018 followed by the second one in Chennai in 2019 with a wide development agenda. However, bilateral ties suffered with the eastern Ladakh standoff.

In his informal chat with the media before he left for New Delhi, Misri recalled how the Chennai summit held high hopes and highlighted two significant initiatives Modi and Xi had agreed to implement.

The two countries had decided to establish a High-Level Economic and Trade Dialogue (HETD) mechanism which was to be headed by the Vice Premier of China and Finance Minister of India.

It was expected to look into all issues related to bilateral trade and business cooperation including India's concerns related to the trade deficit.

China had set up such a high-level mechanism only with the US to improve trade ties.

Also, the two leaders decided to designate 2020 as the Year of India-China Cultural and People to People Exchanges and the two countries chalked out an elaborate schedule of 70 events to deepen exchanges at all levels including between their legislatures, political parties, cultural and youth organisations and militaries.

Sadly, due to the chill in bilateral ties following the eastern Ladakh standoff, both the initiatives failed to take off. While the HETD has not met so far, the two countries have not held a single programme of the 70 events planned.

Highlighting China's stand on the current state of ties, Wang in his meeting with Misri said that without mutual trust, it is difficult to bring the two sides together, even if there are no mountains in the way.

"China and India should become partners and friends and should not be a threat to each other, he said.

Observers say the Doklam and Ladakh standoffs warrant a fundamental reset of the India-China relations with a new paradigm and strategic framework to rebuild the ties.

On the domestic front, the high-profile conclave of the ruling Communist Party of China (CPC) in November adopted a landmark resolution of the party's major achievements in the last 100 years besides clearing the decks for a record third term for President Xi next year and perhaps beyond.

The "landmark resolution" - the only third of its kind in the party's 100-year history after one issued under party founder Mao Zedong and his successor Deng Xiaoping - was reviewed and adopted at the sixth plenary session of the 19th CPC Central Committee.