Andhra Pradesh youth to take up SCS movement like Jallikattu

The organisers asked the participants to keep away from any political parties and not to carry any party flag. 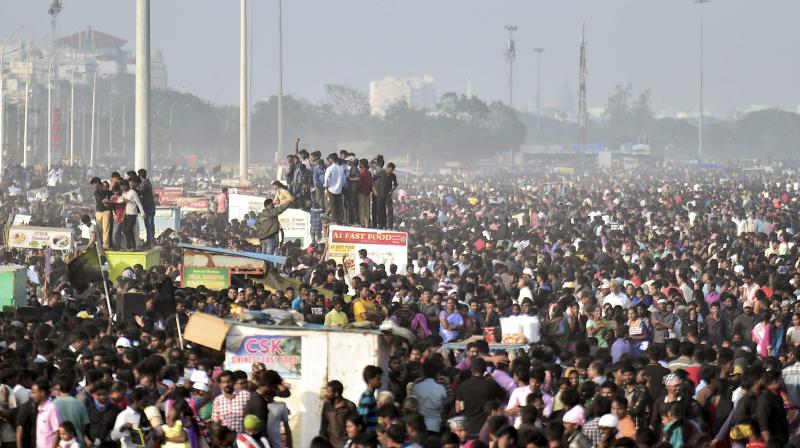 Visakhapatnam: A silent movement is taking shape in this region, demanding Special Category Status to AP.

Probably taking a cue from Tamil youths’ Marina beach protest demanding jallikattu, a campaign had begun on social media platforms like WatsApp, Twitter with hashtag #APDemads-SpecialStatus, #APELFRESPECTMOVEMENT asking youngsters to assemble at RK Beach on January 26, Republic day for a silent protest at 9 am.

Actor and Jana Sena chief Pawan Kalyan said in a statement while hailing the Tamil movement for jallikattu, that people of AP should take inspiration from Tamils’ spirit and fight for special category status.

The printed flyers bearing a fist, sought police support for the silent protest. While it’s not known who started the campaign or who the organisers of the protest are, the “forward” is going viral. It is learnt that a group of youngsters who are active on social media,  chanced upon their common opinions about the special category status and started a  Whatsapp group and planned  the event.