Metro services will be available at all stations on Jan 26. However, boarding/de-boarding will not be permitted at some stations. 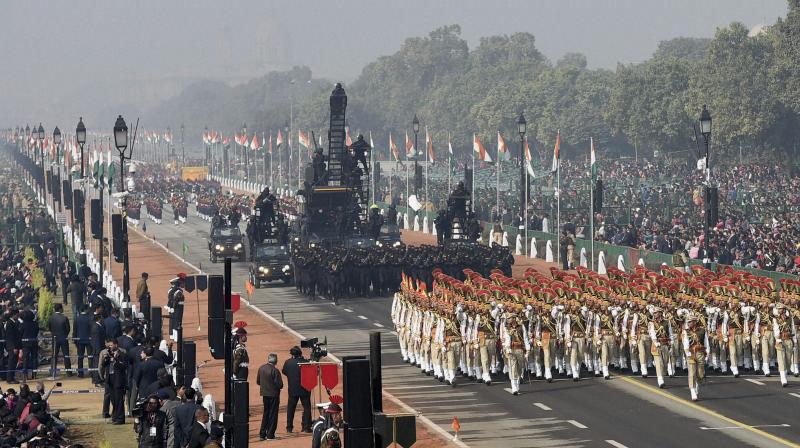 Elaborate traffic arrangements have been made and restrictions have been put in place in Delhi to ensure smooth conduct of parade. (Photo: PTI)

New Delhi: India will celebrate 69th Republic Day on January 26 with the grand parade being the centre of attraction. The parade, which will start at 9:50 am from Vijay Chowk in Delhi, will proceed towards Red Fort Grounds while putting on display country's military might, culture and diversity.

To ensure smooth conduct of the parade, elaborate traffic arrangements have been made and restrictions have been put in place in the national capital.

The Delhi traffic police have also issued an advisory for the Republic Day.

In order to facilitate smooth passage of the parade, movement of traffic on certain roads leading to the route of the parade will be restricted as under:

(2) No cross traffic on Rajpath from 11 pm on January 25 at Rafi Marg, Janpath, Man Singh Road till the parade is over

(4) From 10 am on January 26, traffic on Tilak Marg, BSZ Marg and Subhash Marg will not be allowed on both directions. Cross traffic will only be allowed depending upon the movement of the parade.

Metro Rail Service will be available for commuters at all Metro Stations during the Republic Day. However, boarding/de-boarding will not be permitted at some stations as per the given schedule:

(1) Kendriya Sachivalaya and Udyog Bhawan: From 5 am till 12 noon