‘Abuses from BJP, RSS is the biggest gift for me,' says Rahul Gandhi

Rahul Gandhi said on Friday that he doesn’t hate PM Modi but only had differences in views. 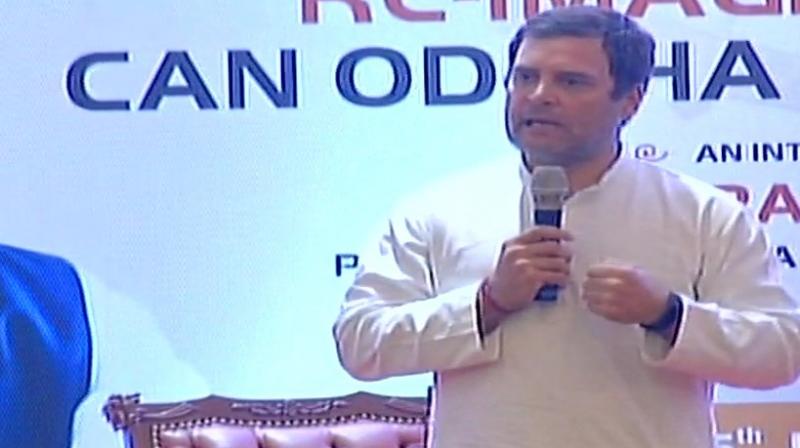 Rahul Gandhi said he feels like giving PM Modi a hug when he abuses him. (Photo: ANI | Twitter)

Bhubaneswar: Congress president Rahul Gandhi, who has been attacking Prime Minister Narendra Modi on various issues, said on Friday that he doesn’t hate him but only had differences in views.

Gandhi added that the "abuses" he received from the RSS and the BJP was "best thing" that had happened to him as a politician and a human being and that he feels like giving Modi a hug when he abuses him.

“I realise PM Modi disagrees with me and I disagree with him. I will fight him and I will try and make sure that he is not the prime minister but I don't hate him. I give him the right to have his opinion,” he said while addressing 'The Odisha Dialogue' event in Odisha.

The Congress Party leader further said that unlike Bhartiya Janata Party (BJP), the Congress party has a dynamic process which allows it to listen to the people.

“Ours is a dynamic process, we listen to the people. Not like Narendra Modi who thinks he knows everything, there is no scope of feedback. This is the basic difference between us and the BJP,” he said.

To a question about various institutions being challenged in the country, he said that Rashtriya Swayamsevak Sangh (RSS) wants to penetrate into every institution.

"RSS is the mothership of BJP. It believes it should be the only institution in this country and the idea is to penetrate into every Indian institution."

“We have to do a lot of repair work because what has been done over the last five years is actually devastating to the country. For the first time in history, Supreme Court judges came out and said they are not allowed to do our work. And this has never happened in Indian history. You can see the imprint of RSS.”

The Congress leader also talked about institutions being destroyed due to the massive centralisation of power.