The case has been registered under different sections of the Prevention of Corruption Act. 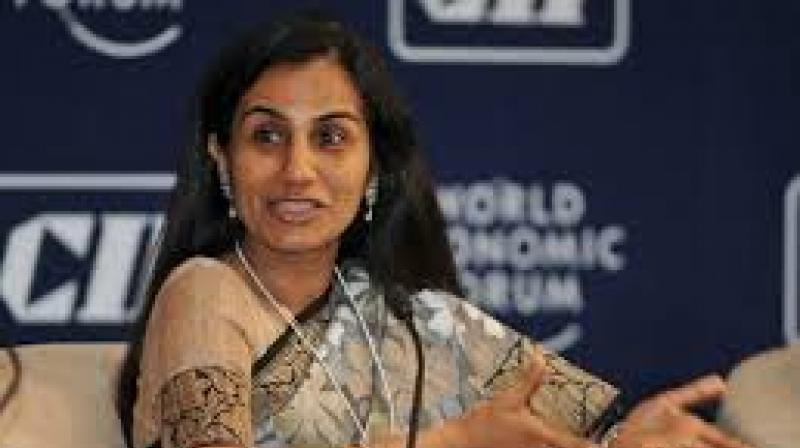 New Delhi: The CBI on Thursday booked former CEO of the ICICI bank, Chanda Kochhar, her husband Deepak Kocchar and Videocon group MD Venugopal Dhoot for the alleged cheating and corruption in sanctioning loans to the company, which caused a loss of Rs 1,730 crore to the bank.

The CBI has alleged that Ms Kochhar got illegal gratification through her husband from Mr Dhoot for sanctioning a loan of Rs 300 crore to one of the companies of the latter.

Immediately after registering the FIR, CBI sleuths conducted searches at four locations in Mumbai and Aurangabad. Searches were conducted at the offices of the Videocon group, Nupower Renewables — the company run by Mr Kochhar and Supreme Energy — once promoted by Mr Dhoot.

Those who have been named as accused in the FIR include Nupower Renewables Ltd. (NRL), Supreme Energy Pvt. Ltd. (SEPL), Videocon International Electronics Ltd (VIEL) and Videocon Industries Ltd. (VIL). The case has been registered under different sections of the Prevention of Corruption Act.

The CBI had registered a preliminary enquiry on the allegations that Rs 3,250 crore worth of loans were sanctioned by the bank to companies associated with the Videocon group in violation of the laid-down norms.

It was also alleged that Rs 64 crore were invested by Mr Dhoot through one of the companies, Supreme Energy, founded by him, which was alleged as quid pro quo in the complaint that triggered the preliminary enquiry.

During the preliminary enquiry registered in December 2017, the CBI found alleged irregularities in sanctioning six loans worth Rs 1,875 crore to Videocon Industries Limited, Videocon International Electronics Ltd and four other companies associated with the Videocon group between June 2009 and October, 2011, sources in the CBI said.

Ms Kochhar was on the sanctioning committee deciding two loans — Rs 300 crore to Videocon International Electronics on August 26, 2009, and Rs 750 crore to Videocon Industries Limited on October 31, 2011, sources said. The loans were issued in the alleged violation of the laid-down policy and regulations of the bank, they added.

Most of these loans became non-performing assets over the course, causing a loss of Rs 1,730 crore to the bank, they said. The term loan of Rs 300 crore sanctioned to Videocon International Electronics Ltd was disbursed on September 7, 2009. The next day, Mr Dhoot allegedly transferred Rs 64 crore to Nupower Renewables Ltd, through Supreme Energy founded by him”, the CBI alleged.

“This was the first major capital received by NRL to acquire first power plant. Thus, Ms Kochhar got illegal gratification through her husband from VIL/Mr Dhoot for sanctioning a loan of Rs 300 crore to VIEL,” the CBI alleged.

In addition to the loans to VIL and VIEL, four loans were issued to Millennium Appliances, Sky Appliances, Techno Electronics and Applicomp India to repay the unsecured loan availed by these companies from VIL, the FIR alleged.