Congress-led state governments have also swung into action with protests being held in their respective states. 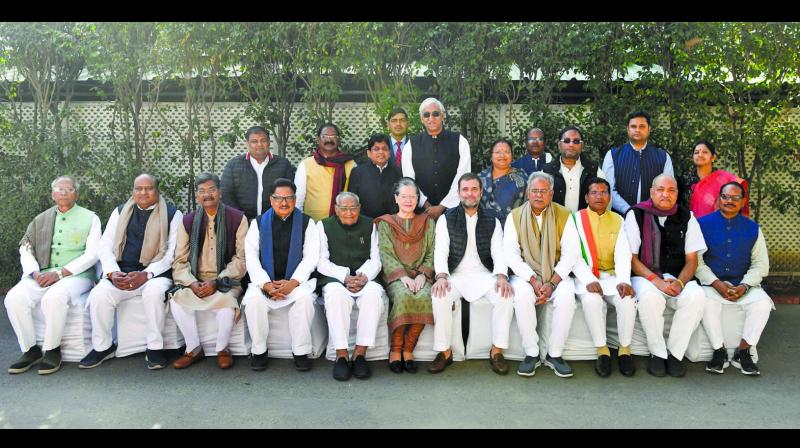 Insiders claim that the two top Congress leaders exchanged notes with the leaders from Chh-attisgarh and urged them to work towards the welfare of the people of the state and fulfil the promises made to them.

AICC in-charge for Chhattisgarh P.L. Punia was also present during the meeting. The party is keen to corner the BJP-led Central government on the issues of economic slowdown, unemployment and also CAA.

Congress-led state governments have also swung into action with protests being held in their respective states.

Mr Gandhi is already addressing a rally in Jaipur on January 28. After this, he will also be visiting Chhattisgarh to address a rally on the failures of the Central government.

This Republic Day, Congress party members will be all out in support of the Constitution of India which came into effect on this day.

A party release said, “It is the duty of every Congressman and woman to safeguard this sacred document, it’s fundamental principles and the values enshrined in it.”

It also added that Apart from flag hoisting programmes the Congress party’s leaders and members will be holding ceremonies at the Assembly level to conduct the reading of the Preamble of our constitution and reiterating the oath that is enshrined in its letter and spirit. The programme would highlight the fundamental rights guaranteed by the Constitution and how they are under threat by the flawed policies of the BJP government.The Congress is also gearing up to corner the government in the upcoming budget session of parliament,