The letter also gave examples of developed democracies which have abandoned the EVM process as it is vulnerable to manipulation. 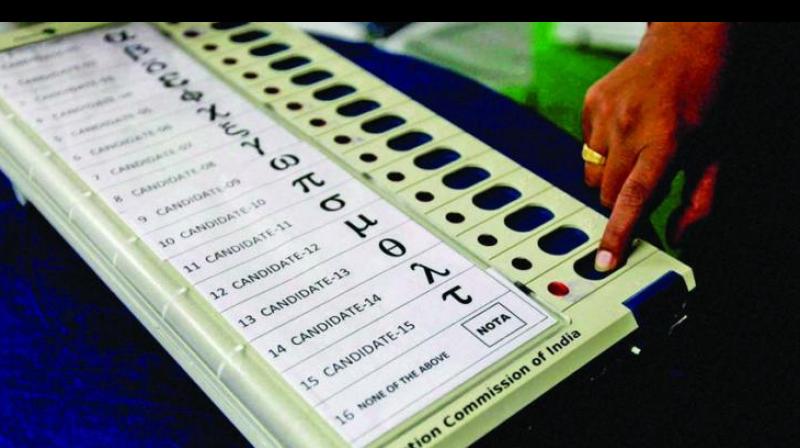 New Delhi: The Aam Aadmi Party (AAP) on Saturday alleged that there is clear and irrefutable evidence of manipulation of results at polling booths in the Punjab Assembly Elections.

The AAP has appealed to the Election Commission of India that the results of all polling booths where VVPAT had been deployed be cross-verified / cross-checked with the paper trail so that the cloud looming over the use of EVMs is settled and the faith of the common man in the electoral process is restored.

AAP’s National secretary Pankaj Gupta made a representation for the same to the Election Commissioner on Saturday.

In the letter submitted to the ECI, the AAP stated, "After analysis of booth wise voting pattern, we have reached to a conclusion that there has been large-scale rigging through tampering of Electronic Voting Machines (EVMs).”

The letter stated that these people are ready to file affidavits to support their claim.

"These people are shocked that their votes have either not been counted as votes to AAP or have been transferred to other parties by tampering the EVM," it added.

The AAP pointed out that the very survival of democracy depends upon elections being conducted in a free, fair and non-partisan manner.

"In a situation where the polling process is manipulated with the ulterior purpose of influencing the outcome of the elections, the faith of the common man, who exercises the right of adult franchise, is indisputably shaken and eroded. Not only does the manipulation of the electoral process violate the Fundamental Right guaranteed under Article 19(1)(a) of the Constitution of India, it amounts to a fraud perpetrated on democracy itself," the letter stated.

The letter gave examples of developed democracies which have abandoned the EVM process as it is vulnerable to manipulation.

It cited various parties, including the ruling Bharatiya Janata Party (BJP), which have made several representations to the ECI claiming that the EVMs are being manipulated.

It also quoted the Supreme Court which has stated that "The confidence of the voters in the EVMs can be achieved only with the introduction of the paper trail".

Gupta said " The ECI is the sentinel in the preservation of the sanctity of the electoral process and we have requested that they should cross-check the paper audit trail of the results generated through EVMs at all polling booths where VVPATs were deployed in the State Punjab in order to resolve the glaring inconsistencies in the results."